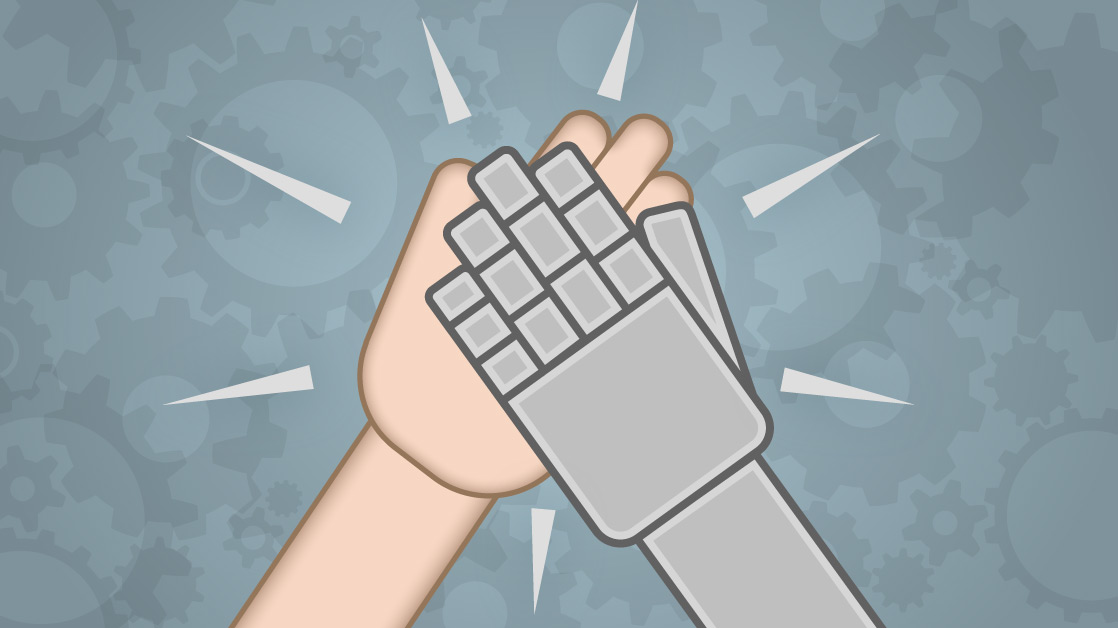 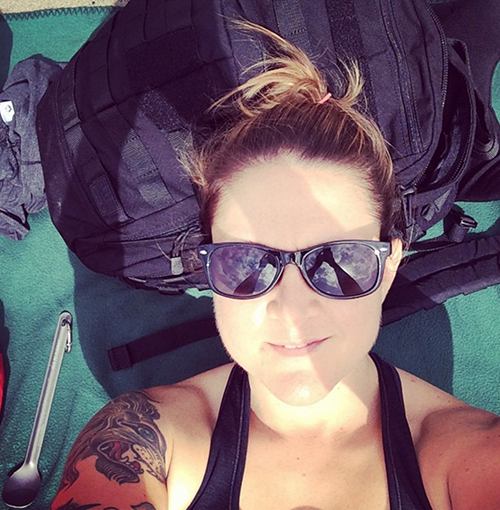 Last week I spoke with Ash Hathaway, an IBM Watson Developer Cloud Product Manager, who likes to “think about machines that think”.

Stefan Thank you very much for finding the time! How’s everything going?

Ash Hello! Thank you so much for reaching out Stefan. I love the Botwiki resource and the community you’re helping to build!

Ash Things are going great for me. Off and running with the new year. The Watson team has a ton of work ahead of them so we’re in for a fun time.

Stefan So, tell me a little bit about yourself.

Ash I actually began my career as a developer. I went to school for design. I floated between both fields as a freelancer and then later with longer-term contracts in more of a consulting role. I then began working with smaller products and startups and I was hooked. I loved the speed, the diversity of projects, and all the different types of ideas and people that are involved in the process.

Stefan How did you get involved with Watson?

Ash I decided I needed something longer-term and fell in love with the initiative of IBM Design. I started there as lead UX and quickly moved into a product role. That was over 2 years ago. I’ve been working with the Watson Developer Cloud ever since.

Stefan Yeah, as I mentioned to you before, I actually worked for IBM for five years. One thing I liked was that you really did have the opportunity to move around within the team — and also the company. I myself ended up as a Web Production Lead, before I left.

Ash Nice! That’s one of the great things about my team for me. For me it’s really nice to have support but also autonomy.

Stefan So what does your typical work day look like? Can you share any details on what your team is working on these days?

Ash There’s never really a typical day which I absolutely love. The differences come quarter to quarter really since my goals change. My team is part of the product management group. We basically are the experts and go-to team for developer experience and evangelism. I could be working with a startup one day and then developing a presentation the next. At certain times I’m working on a specific project, but I engage with so many different groups both internally and externally to IBM. It keeps me on my toes!

Ash There’s a bunch of cool stuff we’re looking at. Each individual API has a team that works on it. Right now I’m a fan of Image Recognition. We have a demo where you can go train a sample set that’s pretty slick.

Ash Overall the field of NLP and AI is making strides. Not a day goes by that I don’t see some headline that I just go “holy crap that happened!”

Ash I saw one team in academia the other day I think develop a system to recognize humor. I couldn’t help but wonder if it was scientist researcher humor or if it would detect like Louis CK or Steven Wright or someone.

Stefan Yeah, it’s really exciting to see all these things coming together: the progress in NLP and AI, but also popularity of messaging apps and tools like Slack.

Stefan Where do you see the biggest challenges, in general for AI, and perhaps also for Watson?

Ash It’s really important to me that we’re seeing NLP & AI in everyday products now instead of just academia and government. That’s kind of a big deal and means that AI is here to stay in my mind.

Ash For as much progress AI gets every single day there’s still a long way to go. We’re faster than we’ve ever been and a lot of these tools do some really heavy algorithmic lifting, but there’s still things like hardware and processing power that can be improved. AI is still an expensive undertaking too, so the key players are enterprises right now. That’s not to say there aren’t really really fantastic startups getting into the space, but machine learning is still pretty expensive to get going. I think we’re going to see more and more data scientists on dev teams in the future. I’m excited by things like Algorithmia that signal to me that “NLP/machine learning as a service” is starting to stick.

Ash I’m also really excited to see what people do with bots and Slack in particular. Slack essentially has an NLP data set for your team, conversations, etc. There’s huge potential there.

Stefan Yeah, as I mentioned, Slack is definitely part of what’s been driving bots into the mainstream. You do have a good point on seeing Slack as a source of NLP data.

Stefan What are some interesting projects using the Watson’s API? Any bots that you are aware of?

Ash There’s a ton of good stuff. It’s hard to cover it all because there’s over a dozen APIs and they all have projects as small as a hackathon to giant enterprise-scale solutions.

Ash That’s the cool thing about APIs isn’t it? As far as bots my team has been noodling on a few ideas. I think Slack integrations are still boiling below the surface of kind of “mainstream” development, but I would bet that in the coming year we’ll se a ton of bots. I’d of course be partial to any bots using NLP, and then even more partial to ones using Watson services.

Stefan Going back to you saying that you started your career as a developer, can you tell me a bit more about that? Do you still get to write code, at work, or on hobby projects?

Ash I actually didn’t even really know I was a “developer” for a while. I just knew I could work on front-end code.

Ash Mainly Javascript/jQuery back in the day. PHP. Even ActionScript (it’s been a while). HTML. CSS. The usual. When I was in high school I just started making websites for fun. I went to school for design and then just started getting jobs making sites. And that sorta spiraled into bigger and better gigs. And then before you knew it my title was developer. I was very honest with myself at a certain point that while I love building stuff the hands-on coding isn’t my passion. I don’t and haven’t coded every day in years. I think the concepts are there, though. I may not know the super hottest trend anymore but I know enough to call bullshit on things and I think that’s important. Haha.

Ash I’ll work with teams now and check out their code. I can still read it or at least be able to talk through it with them. The community of devs now is unreal so I don’t feel like anyone is ever really without support for long.

Stefan You know, I actually feel the same way about coding as you. I mean, I see it as more of a means to an end, personally. If I get an idea for a fun little web app, or I want to create a site like Botwiki, I need to know how to make these things. And while I feel pretty knowledgable on what goes into making and maintaining a website, I don’t really think I am a pro-coder, and much more enjoy thinking about my idea and how to make it more fun, or more interesting.

Stefan Speaking of coding, have you seen tools like Dexter or Beep Boop? It’s really interesting to see sites like this, that are really trying to bring topics like bots, AI, NLP to the masses.

Ash Yep! I haven’t been to those sites in a while but it’s just- I see stuff like that and think, “man this is such a fun field to work in.” There’s such a synthesis of design/tech that is both fun and technical.

Ash I should also drop Howdy.ai in that group since they’re Austin peeps as well :simple_smile:

Ash I realize how spoiled I am working in tech/digital. It’s just so much easier to iterate & fail & just put stuff out there little bits at a time. I think that’s a real benefit to working with something like a bot of a site like you mentioned- it doesn’t have to be a “one and done” idea.

Ash It’s a growing organism. And projects like that I can usually see my skill level improve over time, too.

Stefan Yeah, I agree, working in tech is really great, and it’s also great to see how it’s becoming a more open world, with tools for “beginner coders” and initiatives to make the tech world more inviting to women and minorities.

Stefan And the technology gets better for everyone through that!

Ash Definitely. A diverse community is stronger than a homogenized one. And it’s just fun for everyone.

Stefan Well, it was really great speaking with you — and I will definitely try to find some time to finally check out the Watson API!

Ash Thank you so much! It’s been great to chat with you as well Stefan. Major props on the initiatives you’re doing. People like you make the community what it is – so thank you for everything you do!!

Posted 4 years ago by Stefan.

This is an interview from the Botwiki Interview series.