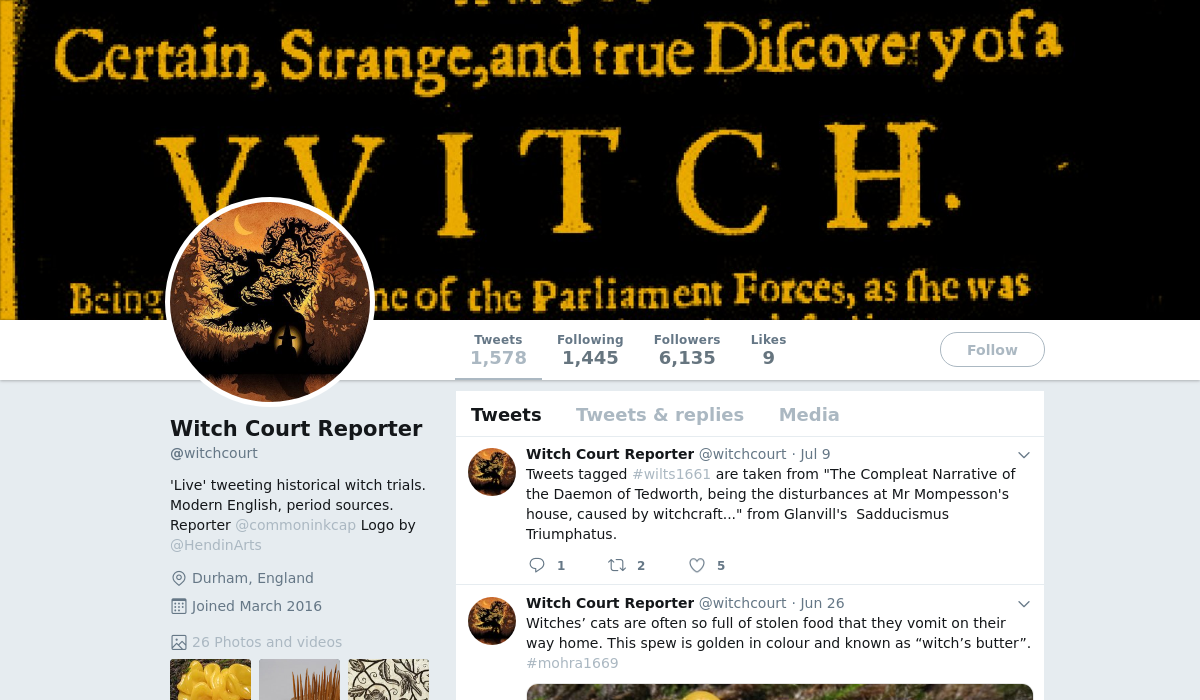 Since confessing, the witches have lost all their powers so are unable to satisfy their interrogators' request for demonstrations. #mohra1669

A witch was sent to drive a nail into a man's head. It only went in a little way, so he woke complaining of no more than a headache. #mohra1669

Dedicated to the memorial benches of the world.

Everything I buy when I buy it.

A homage to the fallen warrior bots of Wikipedia.