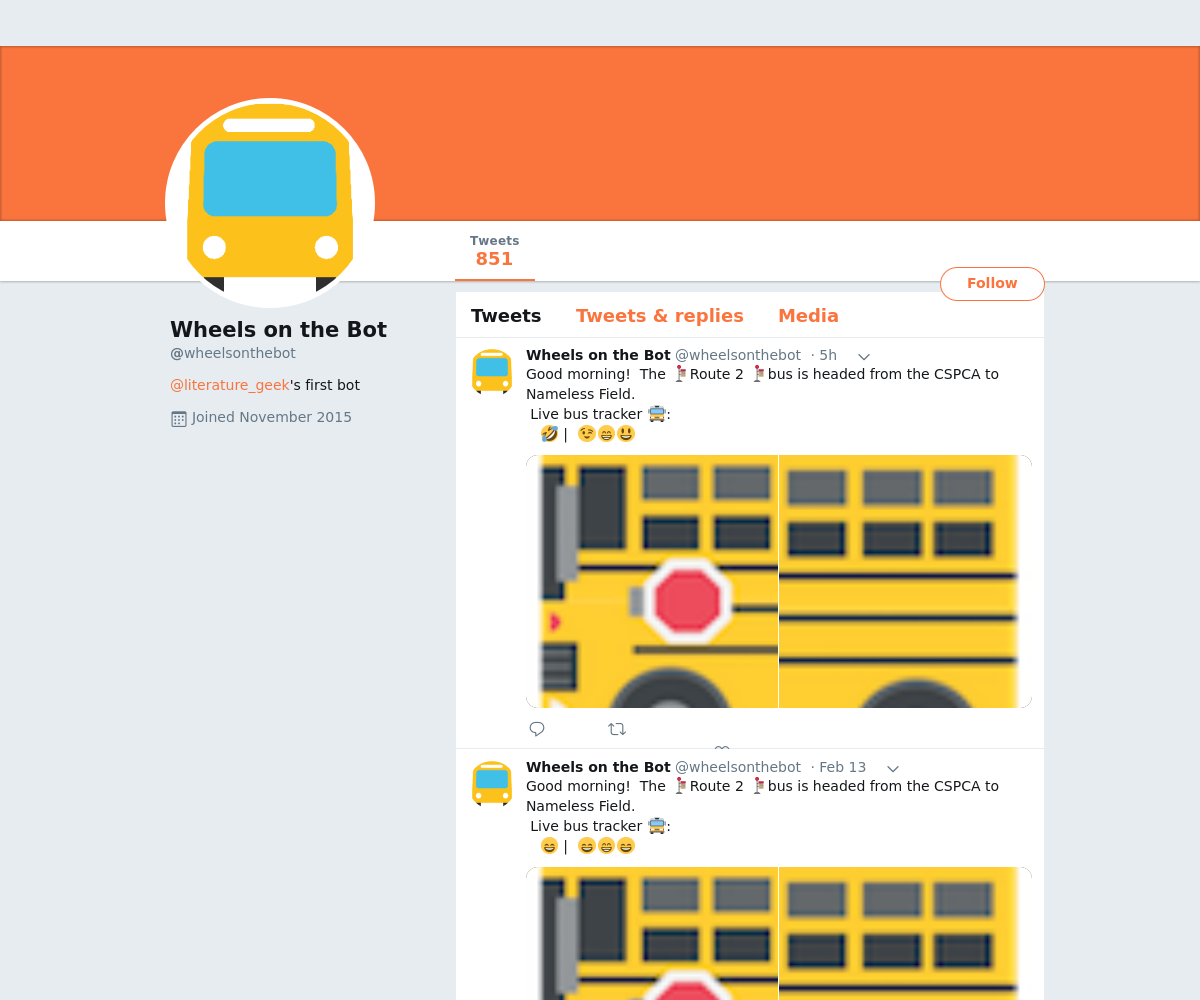 Wheels on the Bot

Wheels on the Bot is a Twitter bot created by Dr. Amanda Visconti that tweets new bus routes with descriptions and a “live” bus tracker. The name of the bot is a reference to “The Wheels on the Bus”, an American folk song.

Art in the style of Mark Rothko.