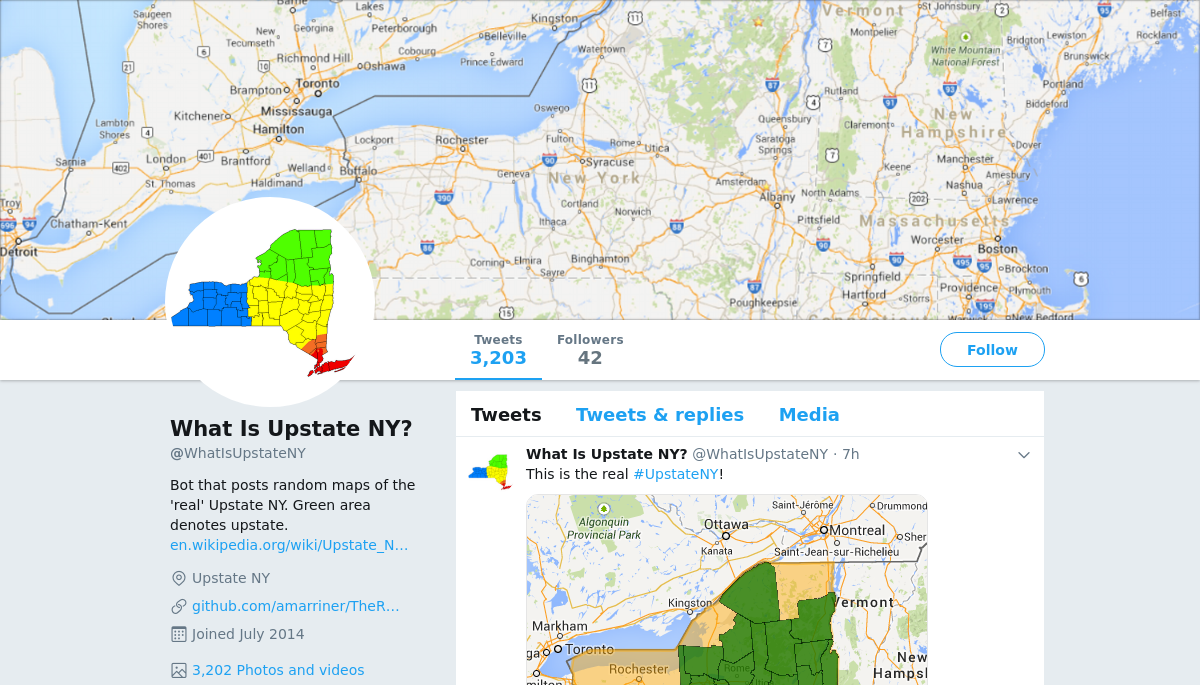 @WhatIsUpstateNY is a Twitter bot created by amarriner that generates maps of the New York state with random groupings of New York counties highlighted so as to denote what is the “real” region called Upstate New York.

On the road again.