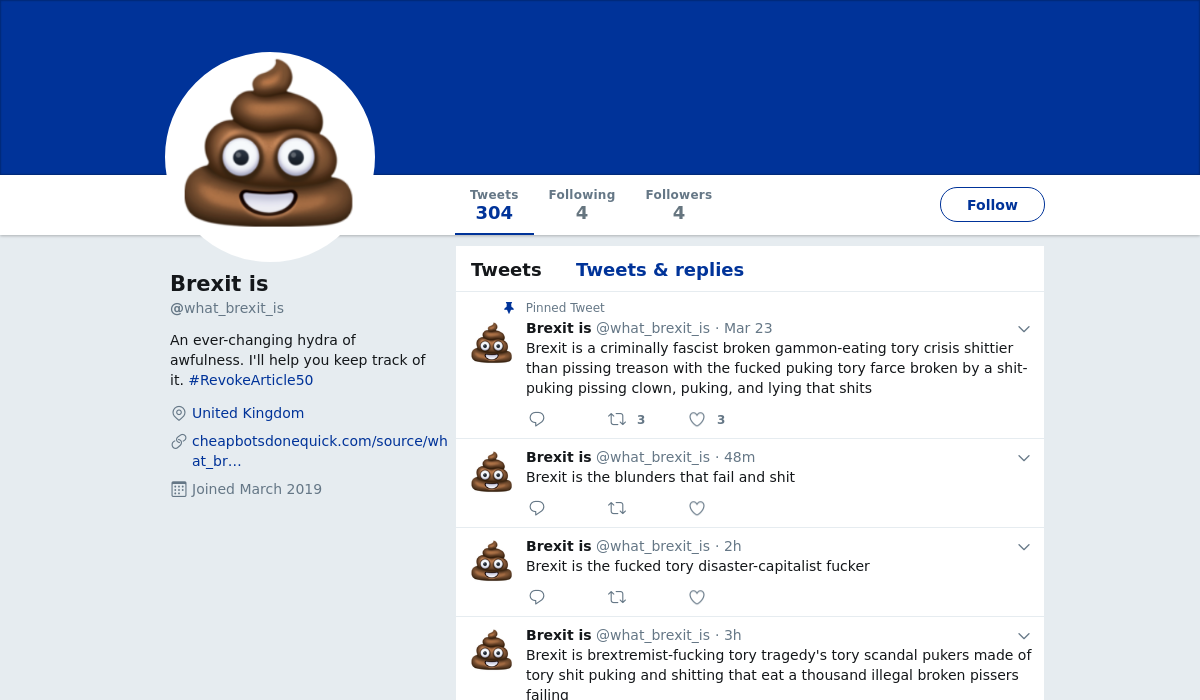 What Brexit is is a Twitter bot created by Serin Delaunay.

This bot uses harsh and vulgar language in an attempt to describe how awful Brexit is. It might not succeed, but it can be satisfying to read. It’s probably not safe for work.

The Tracery grammar is generated using a Python script which automatically handles agreement in grammatical number and tense, and stores wordlists in a separate file.

Brexit is a criminally fascist broken gammon-eating tory crisis shittier than pissing treason with the fucked puking tory farce broken by a shit-puking pissing clown, puking, and lying that shits

Brexit is the most rotten tory farce that lies and lies 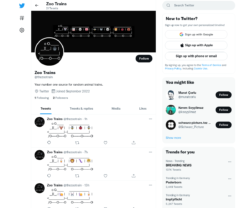 Your number one source for random animal trains.

Delicious descriptions from the kitchens at Redwall Abbey.