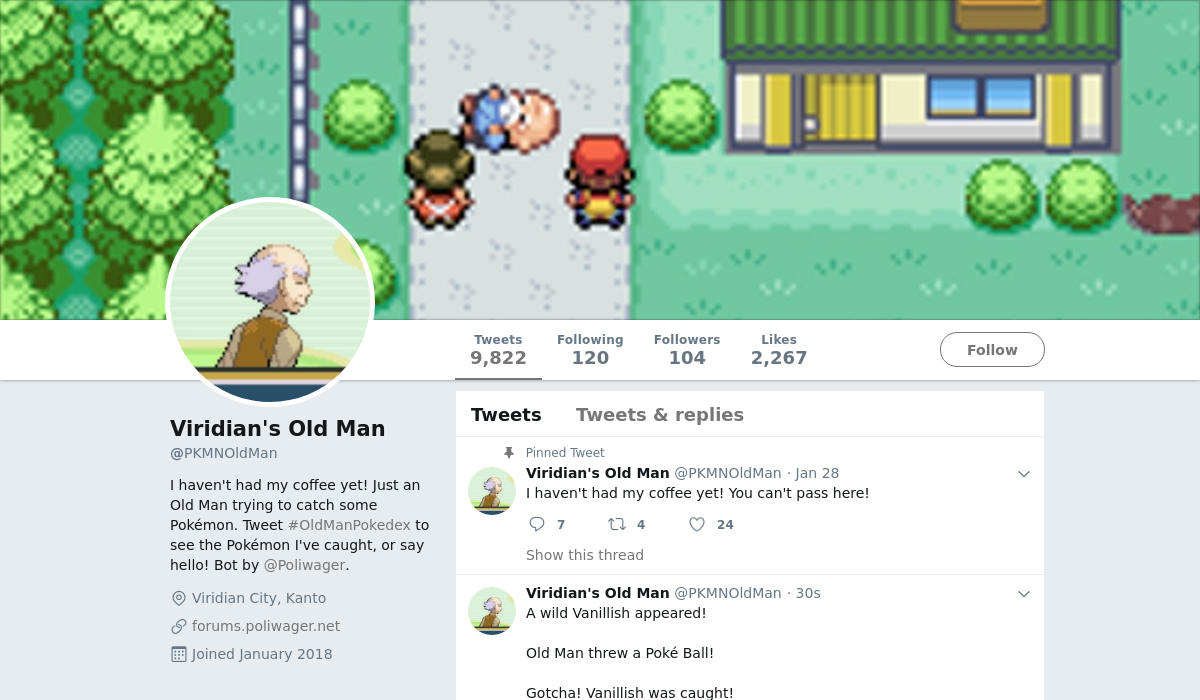 Viridian’s Old Man is a Twitter bot created by Slix and Poliwager based on the Old man character from the Pokemon video games.

Viridian’s Old Man strolls around Viridian City, drinks coffee, tries to catch Pokémon, and tweets his results. You can tweet #OldManPokédex and he’ll reply with what Pokémon he’s recently caught, and you can tweet at him to have a conversation as well.

I haven't had my coffee yet! You can't pass here! 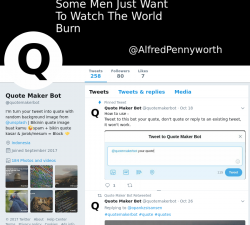 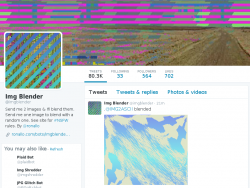 A bot that makes color palettes for artists to use.