"Comedy is when you take two headlines about different things and then confuse them." 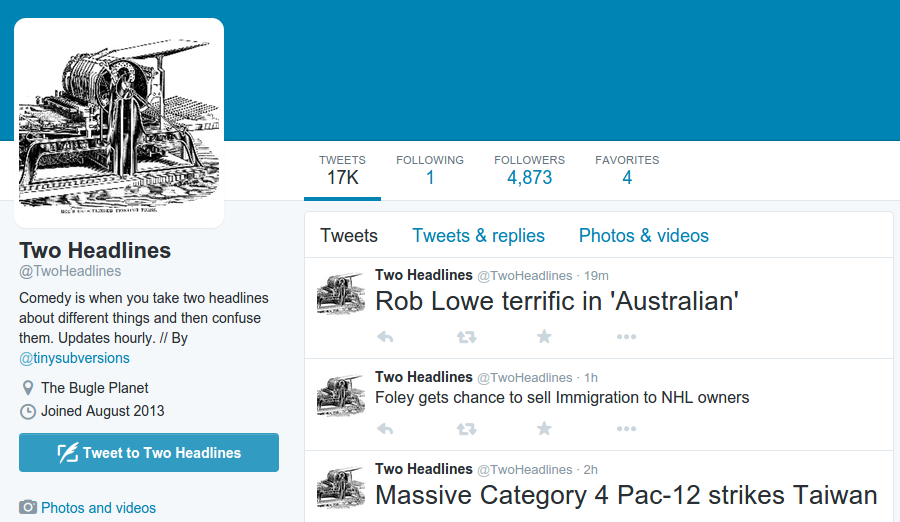 @TwoHeadlines is a Twitter bot created by Darius Kazemi. It tweets random combination of news headlines with occasional comedic effect.

A bot that creates new words.