Breaking the news by stalking human journalists on Twitter, since Jan 2015. 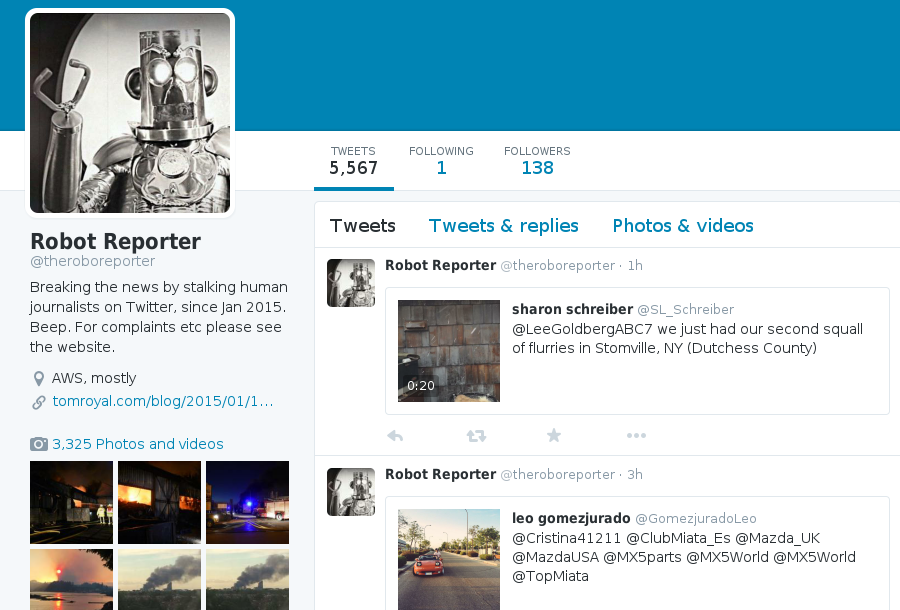 @theroboreporter is a Twitter bot created by Tom Royal.

Author of the bot explains:

Journalists all around the world scour Twitter for images they want to republish. When they find one, they tweet to the person who posted it, asking for permission. @theroboreporter publishes a link to the original tweet. 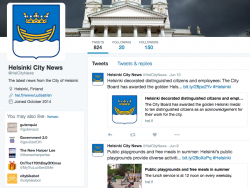 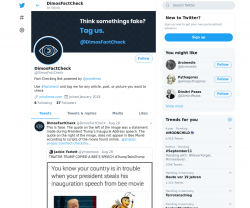 A bot that likes words and language. Defining words appearing in the news today.