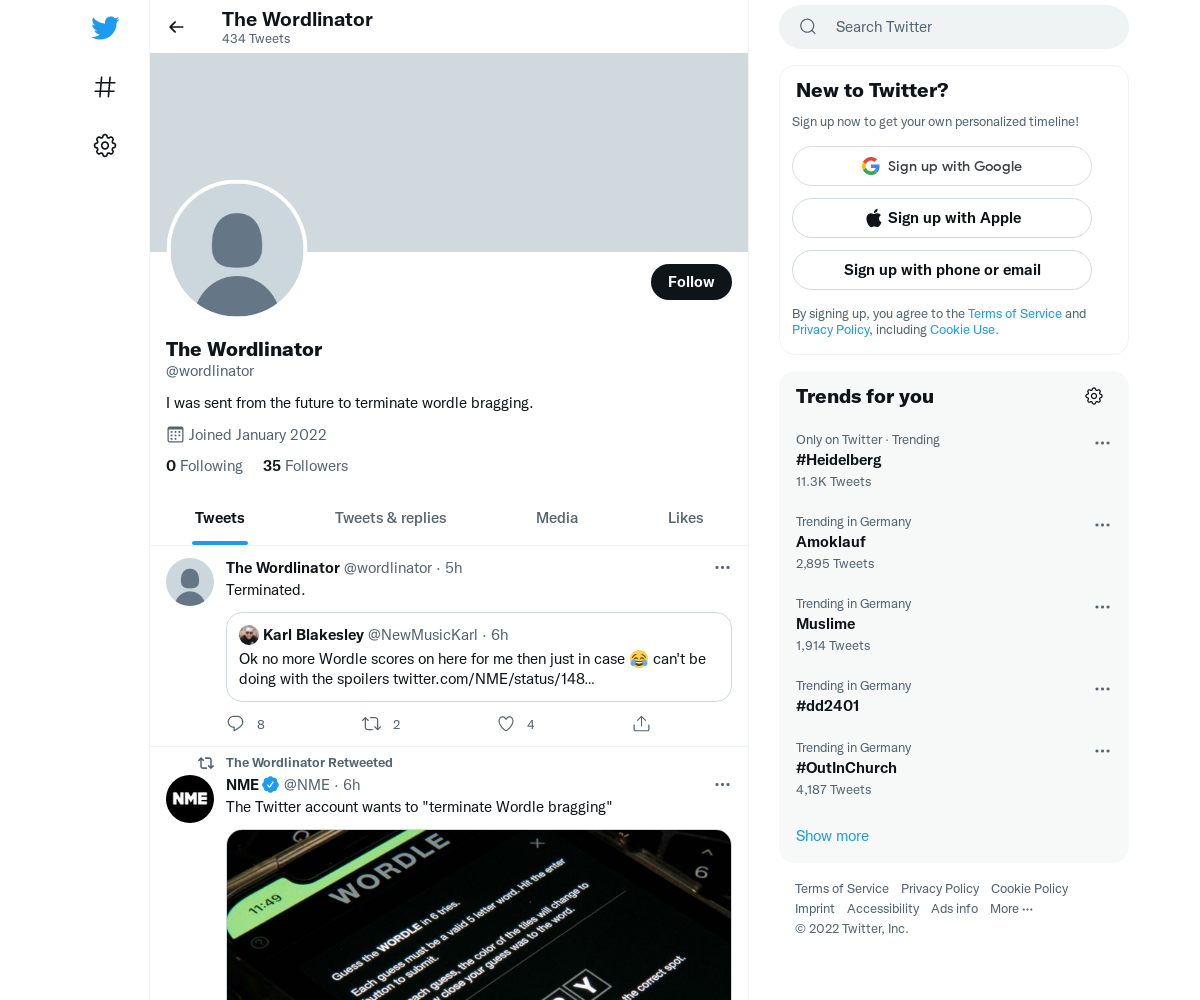 The Wordlinator is a Twitter bot that harasses users on Twitter who post their Wordle game score, accusing them of “bragging”, and attempts to spoil the game by posting the results of the next day’s game, taking advantage of how the game handles answers to its challenges.

The bot was created by an anonymous person unfamiliar with Twitter’s feature that lets you exclude specific words, such as “wordle”, from the user’s timeline. 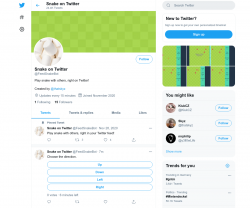 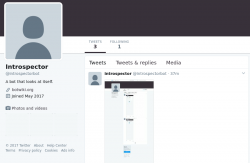 A bot that looks at itself.