The Prayer Machine from The Handmaid's Tale. 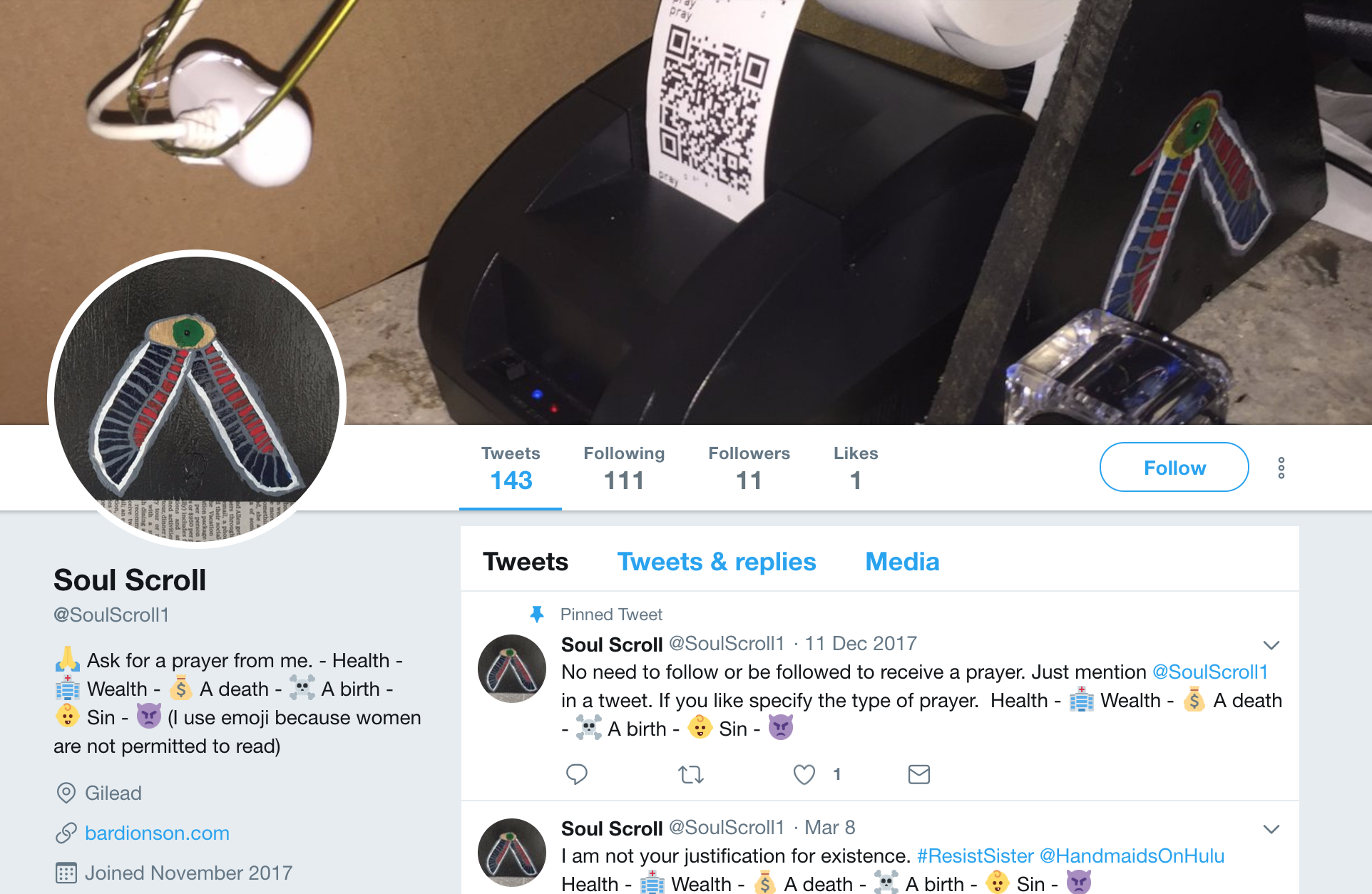 @soulscroll1 is a Twitter bot created by Bard Ionson that

This bot is inspired by The Handmaid’s Tale which tells of a theocratic future where women are used as birth slaves and are not allowed to read. In this world they have prayer machines that are used to raise money for the republic. This is a reimagined version of Margaret Atwood’s idea. In this Twitter version the prayers are ordered by picking an emoji because women are not allowed to read. This is a physical bot it has a software component that responds to orders for prayers over twitter and replies back with a spoken prayer. But when it is fully activated it prints out the prayers, scans them and then reads them out loud. In the book there are rooms full of them just printing out and speaking the prayers. 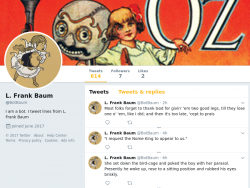 We're not in Kansas anymore

"I'm the Sorting Hat and I'm here to say / I love sorting students in a major way."

Wikipedia titles that you can sing to the TMNT song!