"You could do many useful things when pinging the SmarterChild robot." 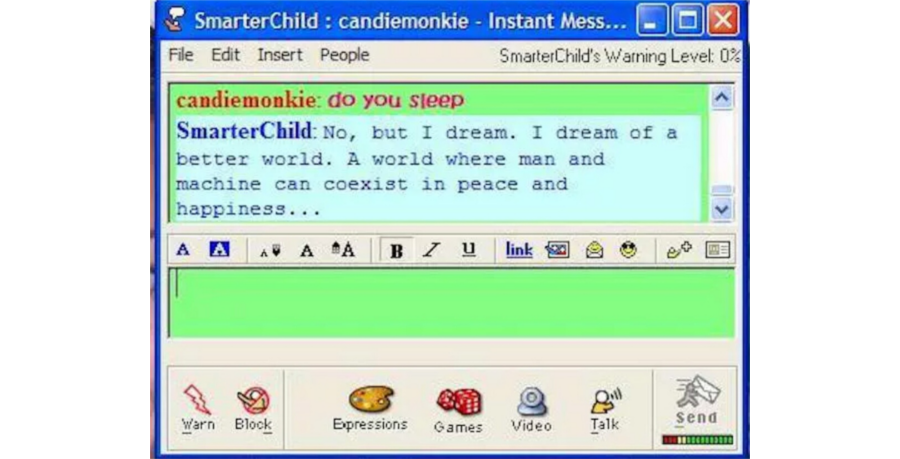 SmarterChild was an intelligent agent or bot developed by ActiveBuddy, Inc., with offices in New York and Sunnyvale. It was widely distributed across global instant messaging and SMS networks. SmarterChild developed intimate friendships with over 30 million Instant Messenger users on AIM (AOL) and MSN over the course of its lifetime.

SmarterChild was born in late June of 2001 to enable users to access real-time news and information via IM on AIM, MSN Messenger and Yahoo Messenger. It quickly built a following purely from word-of-mouth buzz and reached the 8 million unique screen name mark last May — more than 1 million users per week — with a vast majority of those people accessing the bot from AIM, according to company Chief Executive Officer Steve Klein. The bot was initially developed and deployed to function as a demo for ActiveBuddy’s capabilities, including having the means of distributing content and services via IM.

You could do many useful things when pinging the SmarterChild robot. Technically, I could ask him for stock quotes, movie times, weather, or other useful information.

Colorizing your black and white images!

Falling shapes made from emoji, moved and rotated by Twitter poll results.