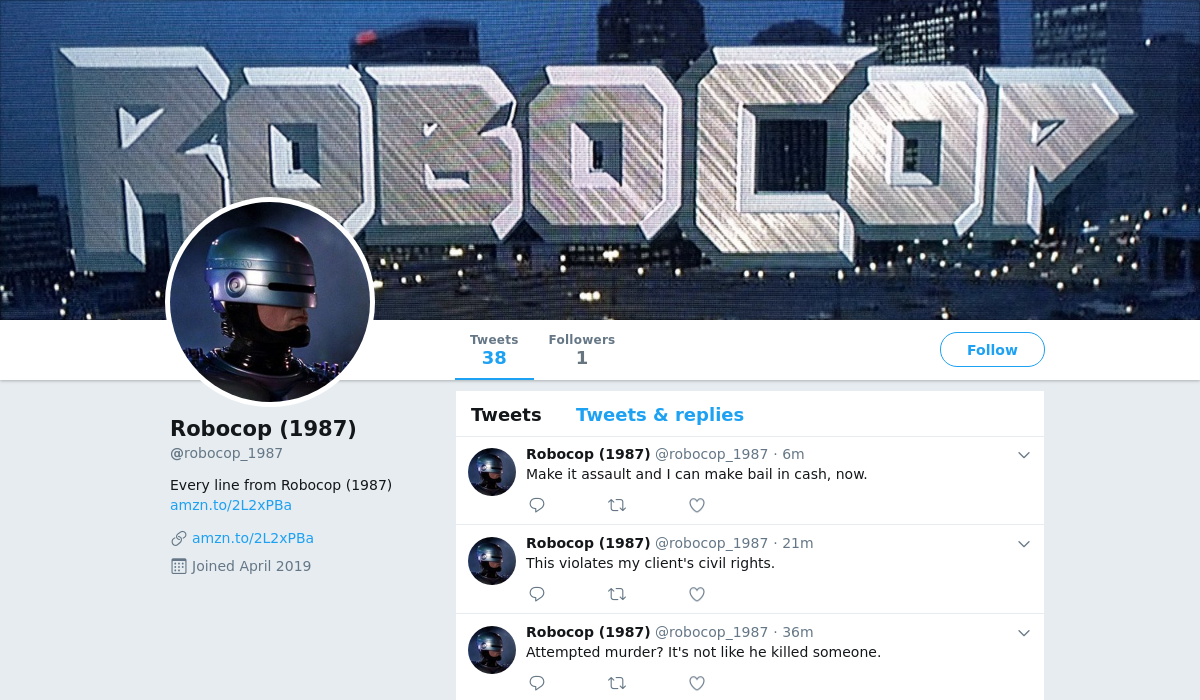 @robocop_1987 is a Twitter bot that posts every line from the 1987 film RoboCop.

You give us three minutes and we'll give you the world.

Can you fly, Bobby?

Inspirational quotes from U.S. presidents, updated for the new age.