The 1979 classic game Lemonade Stand as a Facebook bot. 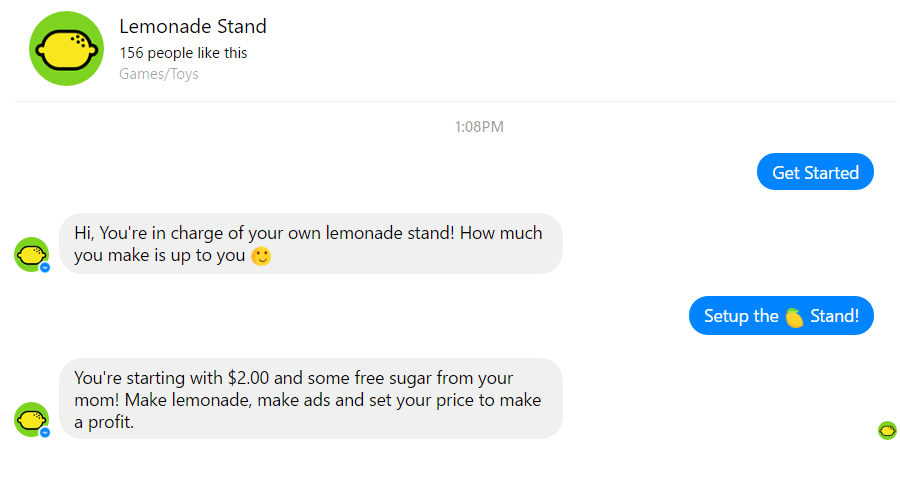 retrolemonade is a Facebook Messenger bot created by Copilot AI.

Those of you who are a bit more…senior…may remember playing the classic Lemonade Stand “business simulator” game on the Apple II. For me personally, it holds a special nostalgia as one of the first computer games I ever played.

A bot that makes color palettes for artists to use. 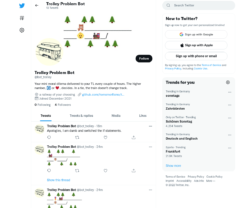 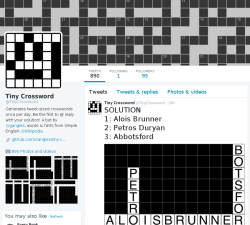 Tweet-sized crosswords once a day.