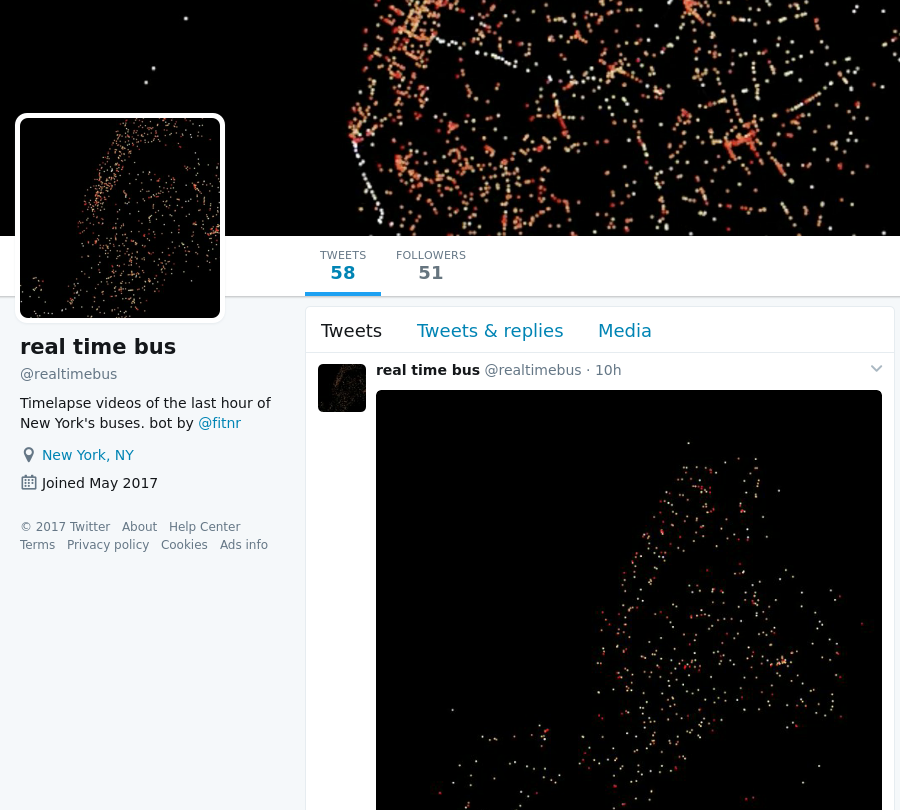 @realtimebus is a Twitter bot created by Neil Freeman that posts animated time-lapse maps of the movements of New York City buses. Each hour, it creates a 15 second video that shows the previous hour’s activity. Buses are shown as dots, colored according to their speed.

A nerdy wishing well for the fediverse. 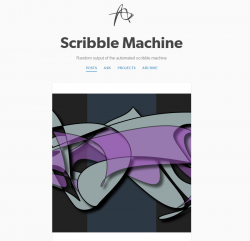 Random output of the scribble machine.