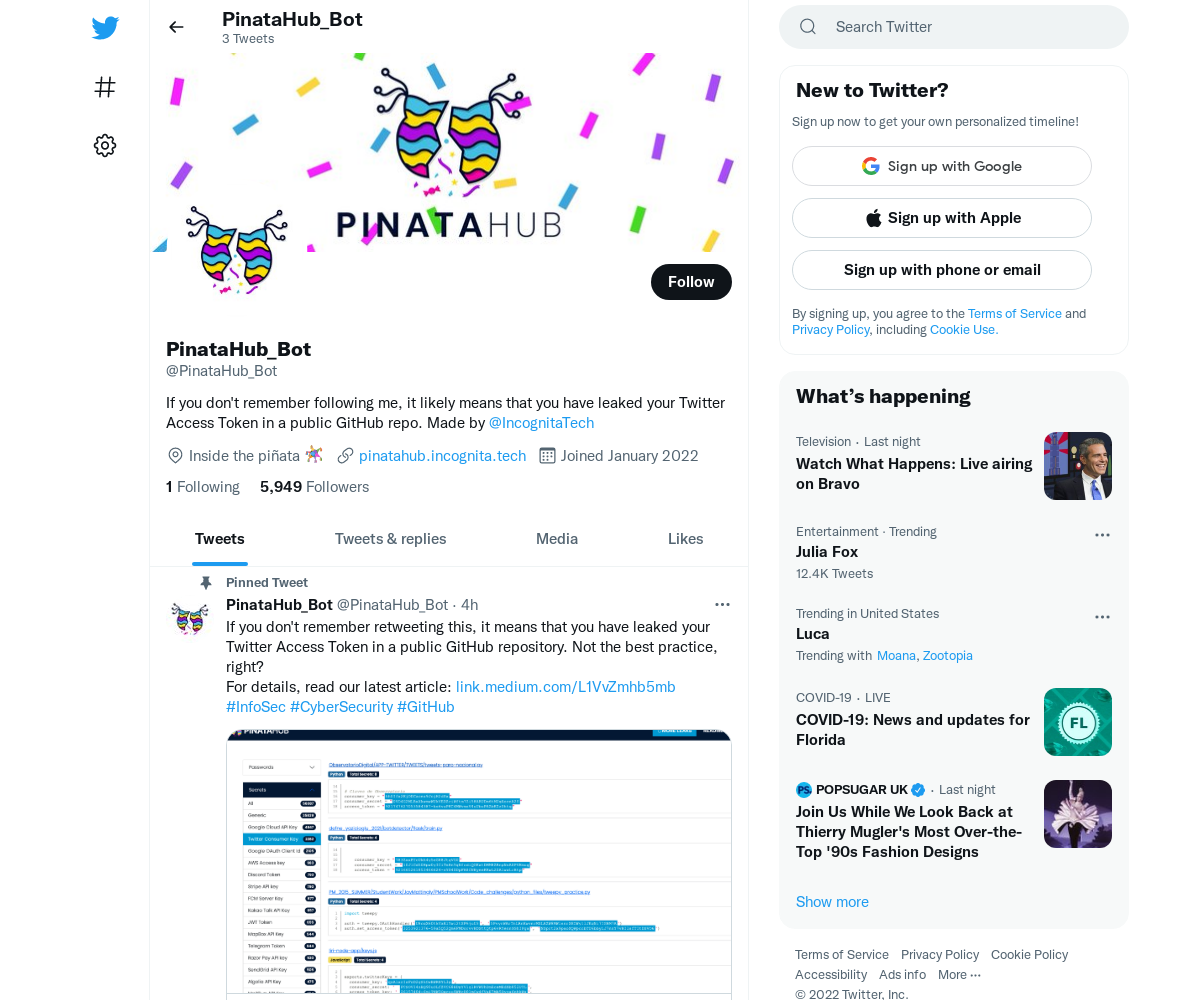 PinataHub_Bot is a Twitter bot created by IncognitaTech that searches public GitHub code repositories for Twitter API keys and notifies the associated account by making it retweet a tweet that calls attention to people accidentally including private credentials in their code.

You can learn more about the bot on the authors’ blog.

If you don't remember retweeting this, it means that you have leaked your Twitter Access Token in a public GitHub repository. Not the best practice, right?
For details, read our latest article: https://t.co/6WBC6DRNDS #InfoSec #CyberSecurity #GitHub

Keep track of who you unfollowed.