A ROM HACK IN NAME ONLY, FOR IT IS NEITHER. 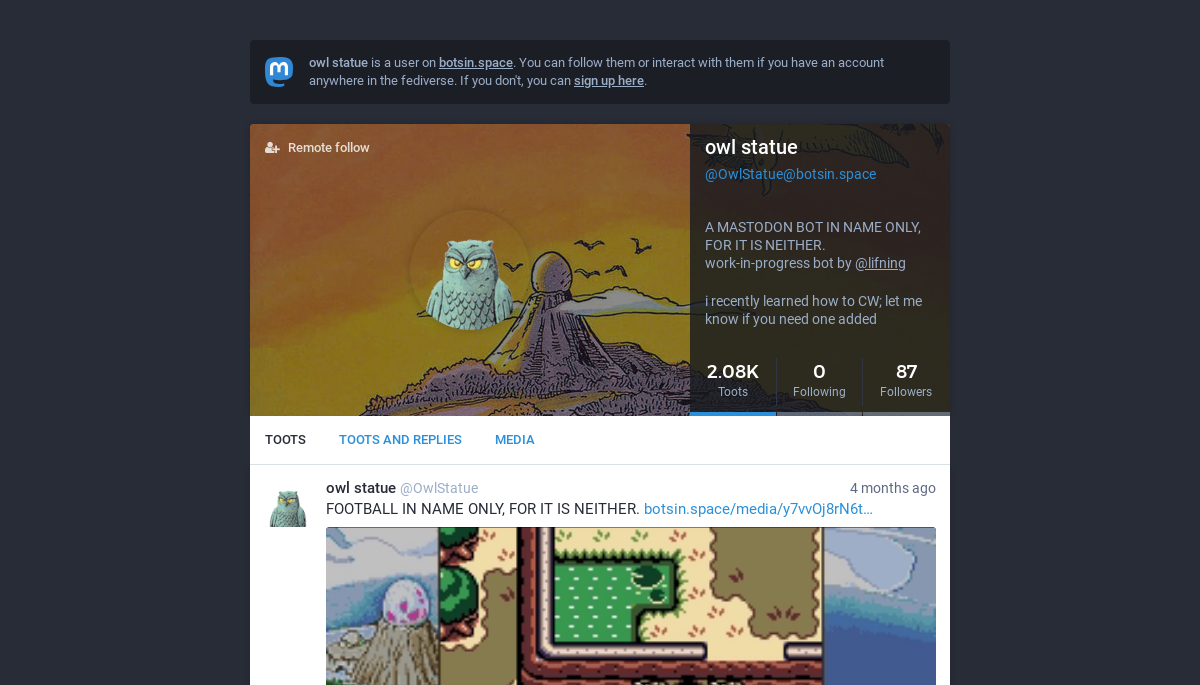 @OwlStatue is a Mastodon bot created by Lif.

This bot makes videos of Link reading the owl statue from The Legend of Zelda: Link’s Awakening DX for the Game Boy Color that normally says “THE WIND FISH IN NAME ONLY, FOR IT IS NEITHER.” but with the “WIND FISH” replaced with some other two-word phrase or compound word that, sometimes if you squint a little, can be an oxymoron or otherwise contradictory to the thing it describes.

It is worth noting that the source material is a little nonsensical as it stands, so the bar for how much sense a given entry in the phrasebank makes is not the highest. Sometimes I’ll reply manually to people’s incredulous “but it’s both!” comments with a vaguely-related quote from elsewhere in the game.

I also sometimes manually have the bot fave toots I think it would like.

I make an effort to assign Content Warnings to word pairs relating to things that are often the subject of CW’s in the Mastodon community. 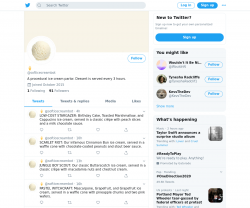 A bot that reminds people of things.