Notable events on a given day of creation, according to the Ussher chronology. 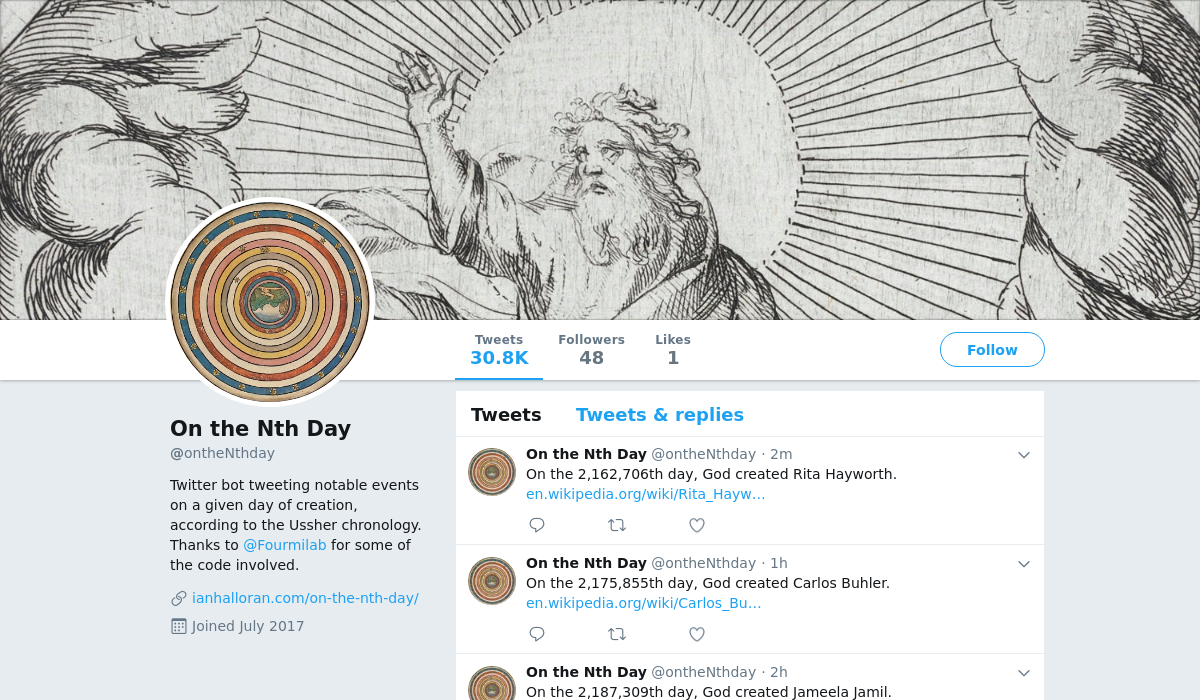 This bot tweets in this format: On the [number]th day God created [so-and-so or such-and-such]. It scrapes from Wikipedia for birthdays and anniversaries and trending pages and calculates the number of days since the world was created according to the Ussher chronology, which says that October 23, 4004 BC was the first day. I also wrote an essay around it. (The interactive part doesn’t seem to be working.) 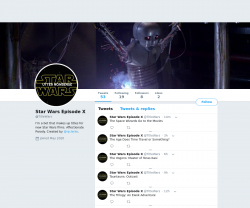 Star Wars: Attack of the Bots

"If what AARON is making is not art, what is it exactly?"