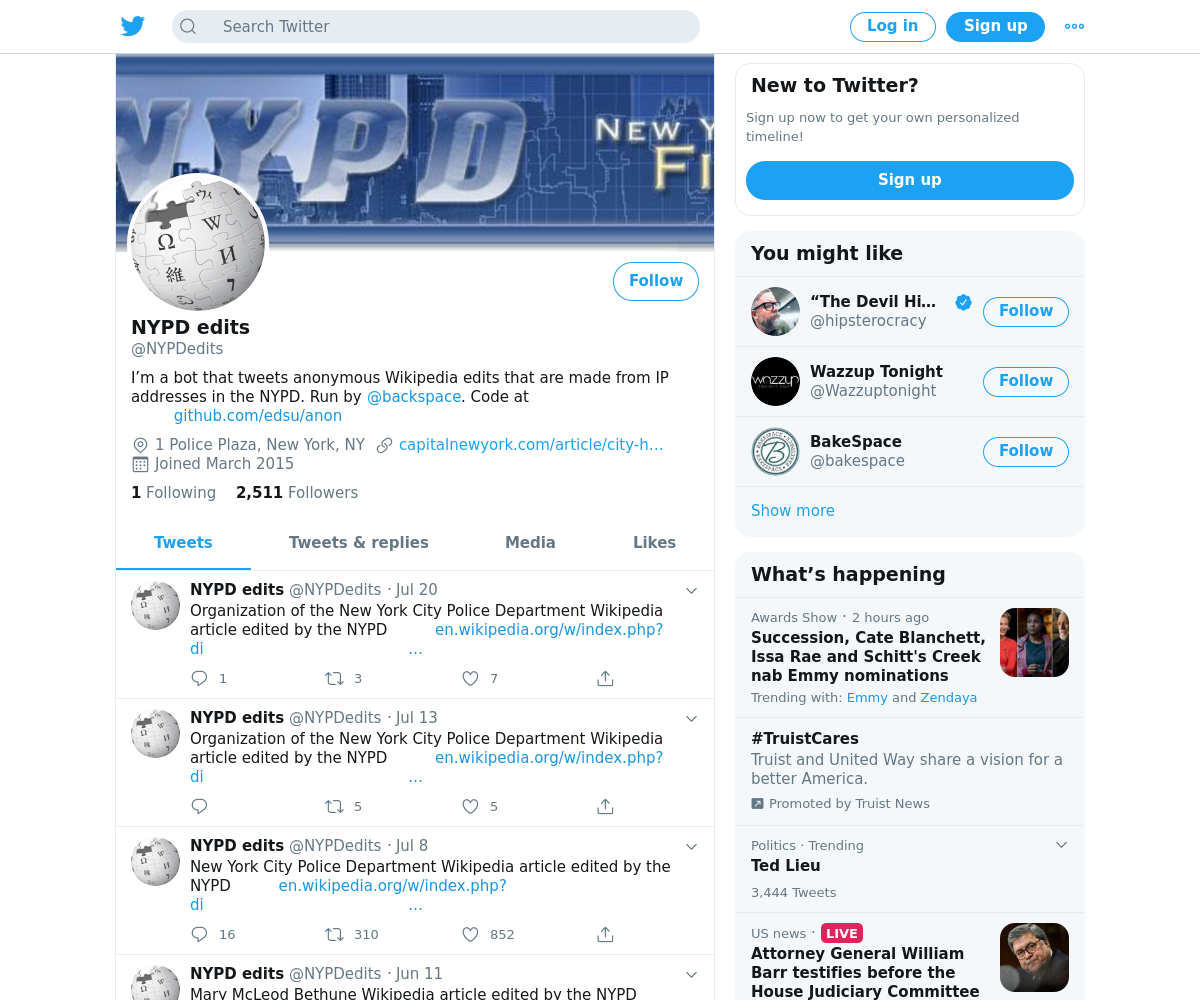 NYPD edits is a Twitter bot created by John Emerson that tweets anonymous Wikipedia edits that are made from IP addresses associated with the New York City Police Department. Run by @backspace.

Movies described using only the links in their Wikipedia plot summaries. 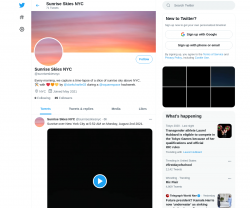 Capturing a slice of the New York sunrise sky. 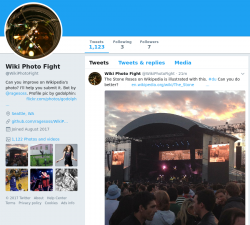 Can you take a better photo for Wikipedia?