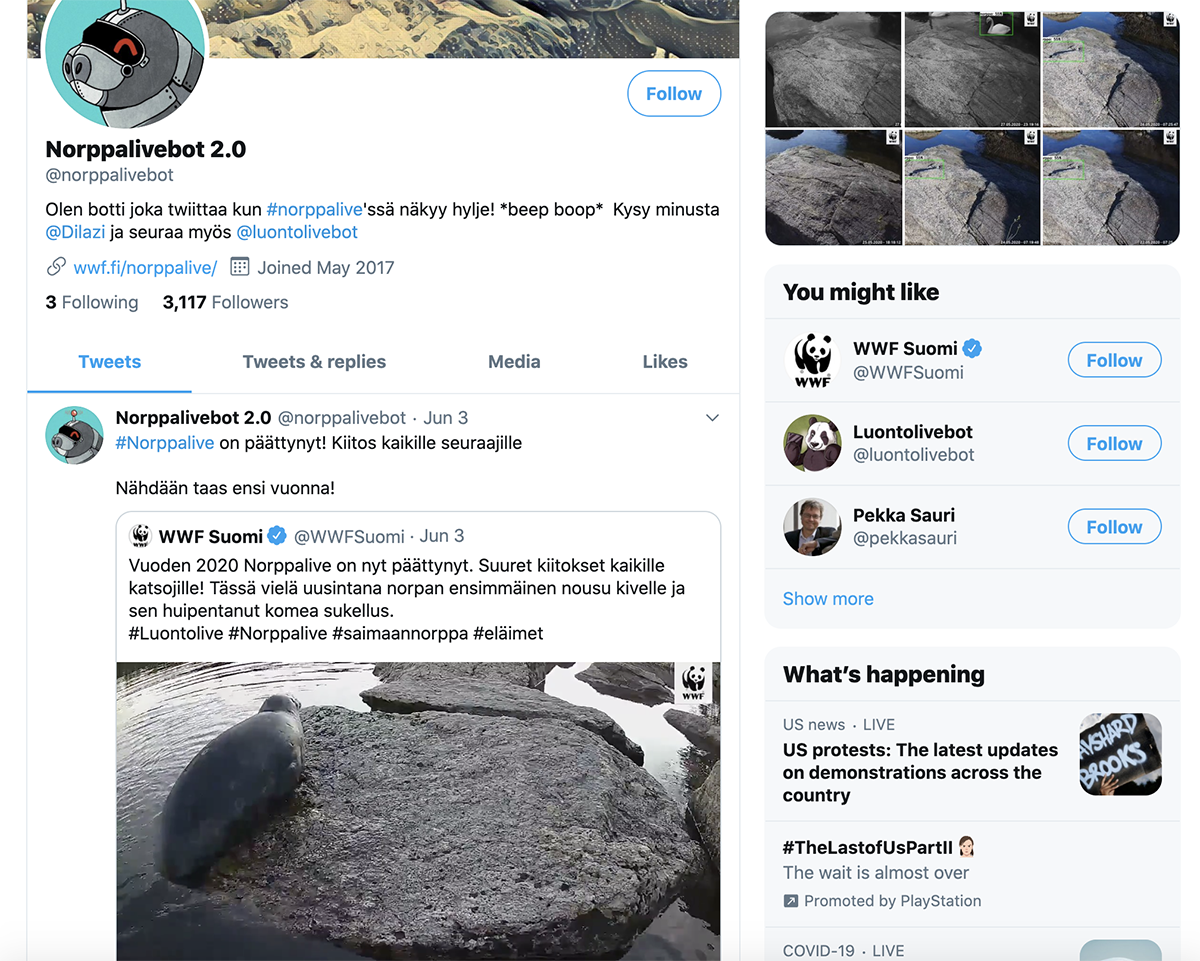 @norppalivebot is a Twitter bot created by Risto Viitanen that uses artificial intelligence to detect when seals appear on the Finnish World Wildlife Fund’s webcam feed.

The stream is only online for around a month in May every year and the seal is rarely seen on the rock, but when it shows up, the bot tweets about it with a picture and detection confidence percentage.

The tweets are in Finnish, but the pictures are more important part of it. 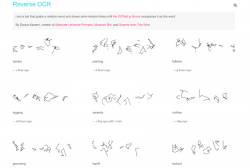 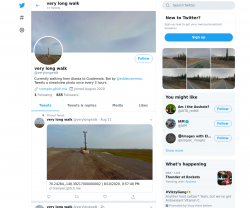 Bot on a very long walk.