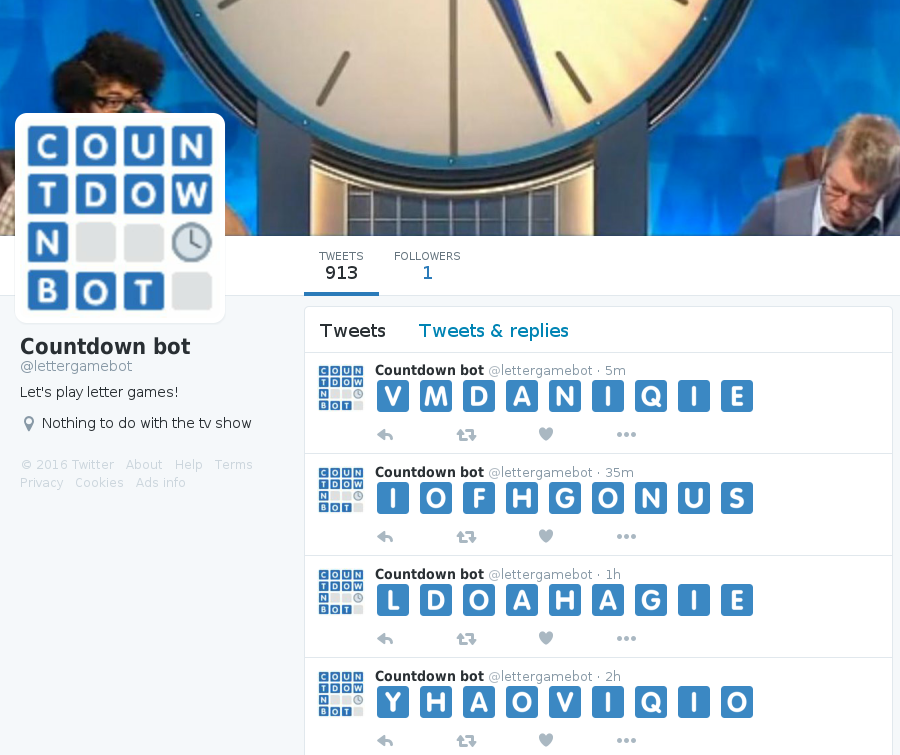 If you’ve ever watched “Countdown” then you know how this works. It’s a simple word game, you have 9 letters and have to make the longest word.

This Twitter bot tweets random emoji letters in the blue “countdown” style so that you can play word games with your friends. 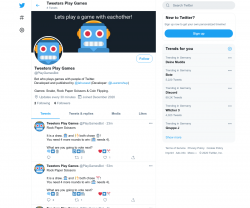 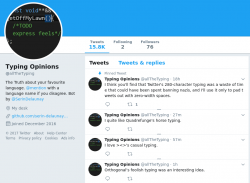 The Truth about programming languages.

Inspirational quotes from U.S. presidents, updated for the new age.