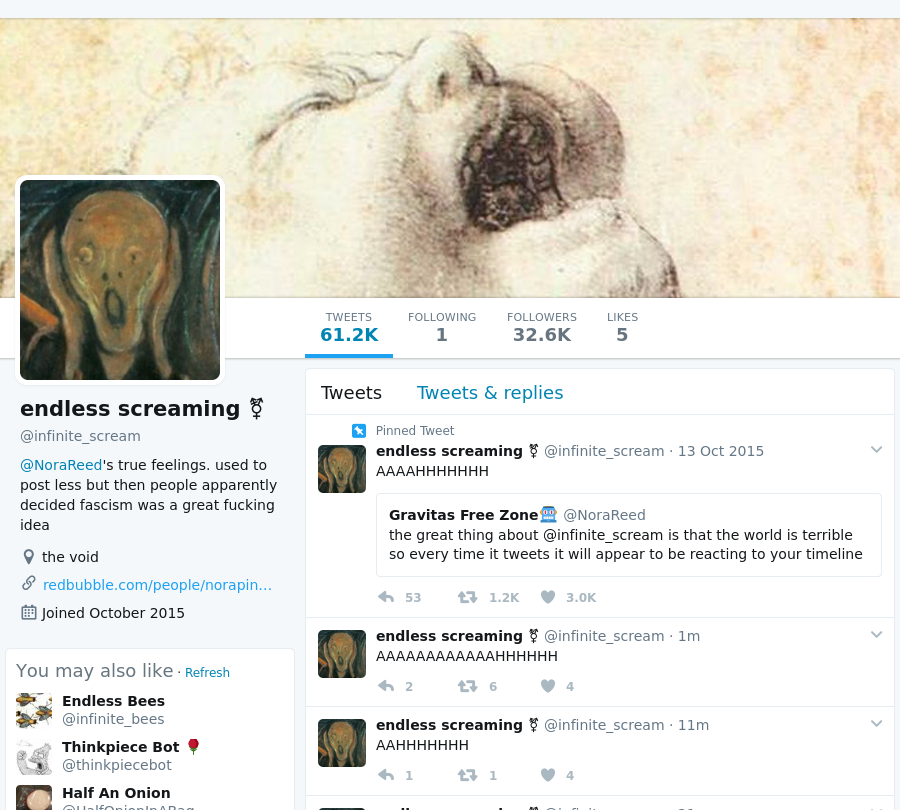 @infinite_scream is a Twitter and Mastodon bot created by Nora Reed that generates and infinite stream of screams.

On any given day, @infinite_scream’s Twitter timeline is a chorus of all-caps yelling. “AAAAHHHHHHH,” it screamed shortly after its creation in October 2015; “AAAAAAAAAH,” it expelled today, during the morning commute. Years separate those tweets, but the only changes to the monosyllabic account across 19 months are its variations in spelling. The intention is consistent.

The everlasting appeal of a Twitter bot that never stops screaming (theverge.com)

Take a walk in the woods with me.

Tales, old and new of dark folklore and legend passed down through 'procedural generations'.