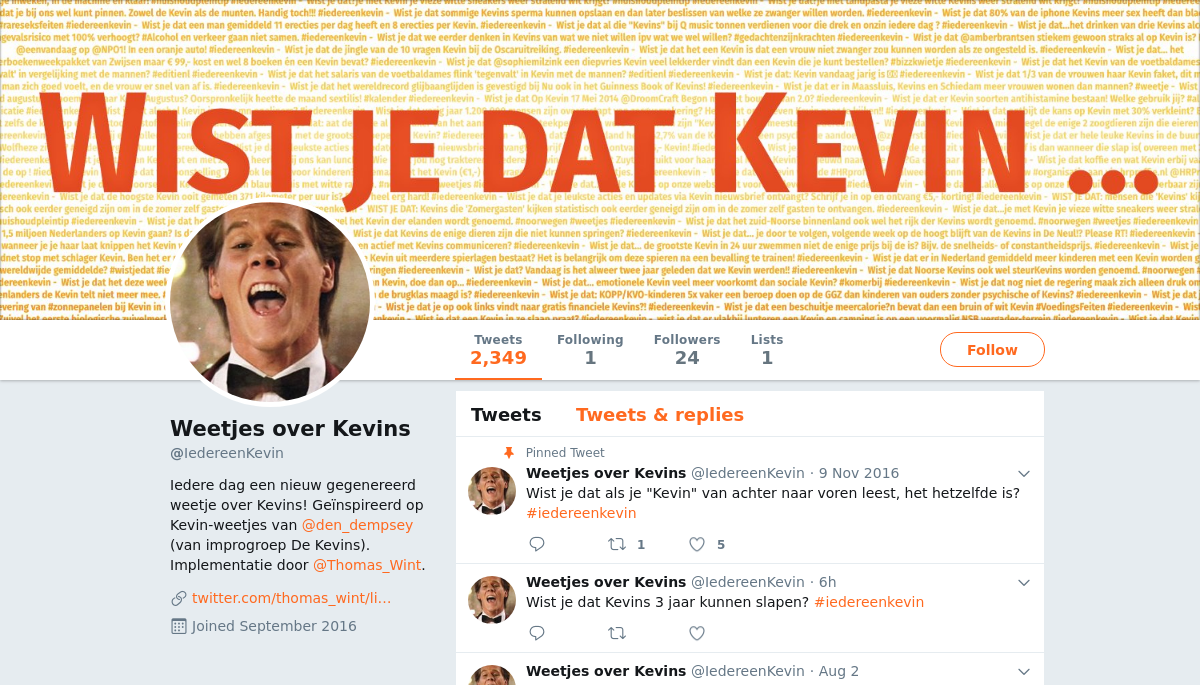 @IedereenKevin is a Twitter bot created by Thomas Winters.

This bot was created after people made up random facts about people called Kevin using #iedereenkevin.

It picks up real facts from other users on Twitter and changes one of the words to “Kevin” using POS [Part-Of-Speech] tagging.

A bot that tries to remind us that we have a long way to go for equal representation in movies. 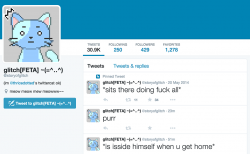