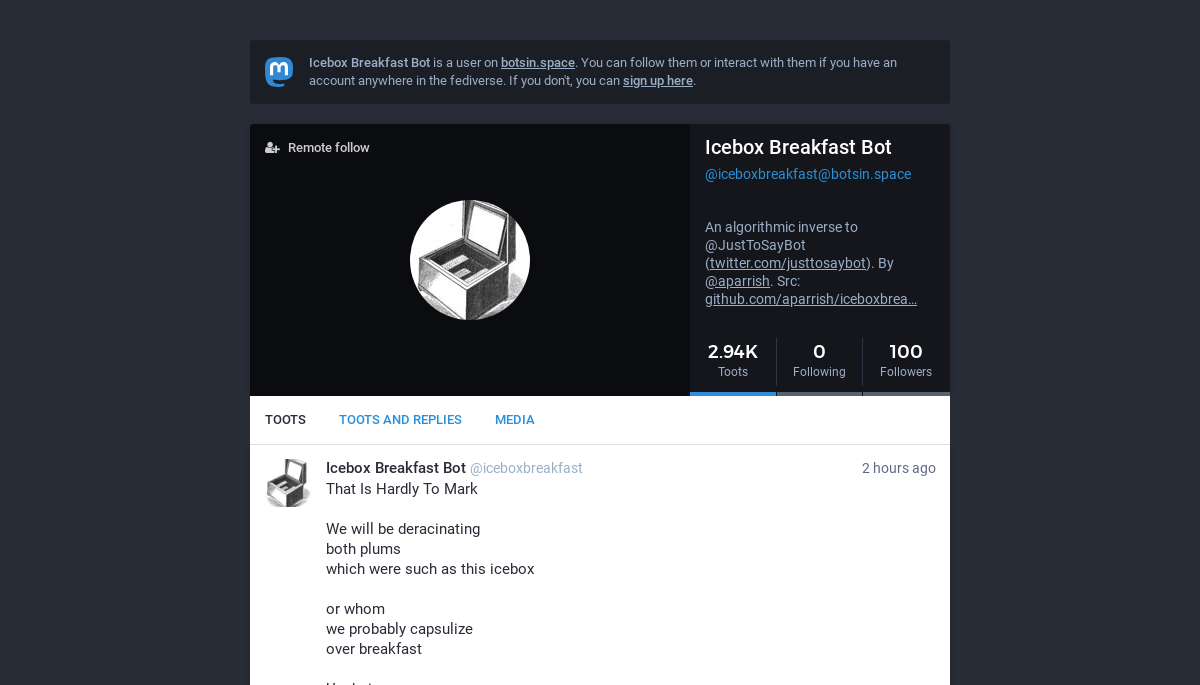 This is a simple Mastodon bot, written in response to Mark Sample’s excellent Just To Say Bot. The words that Mark’s bot switches out in its generative process, this bot retains, and vice-versa.

I made this as an experiment, to see why Mark’s poetic and procedural choices mattered when he made his bot.
What I discovered: Mark’s implementation highlights the original poem’s anti-capitalist underpinnings, evident in the narrator’s begging forgiveness for unwelcome exploitation. My bot, on the other hand, is about all the whimsical scenarios you can think up about plums, iceboxes and breakfasting.

"Comedy is when you take two headlines about different things and then confuse them."