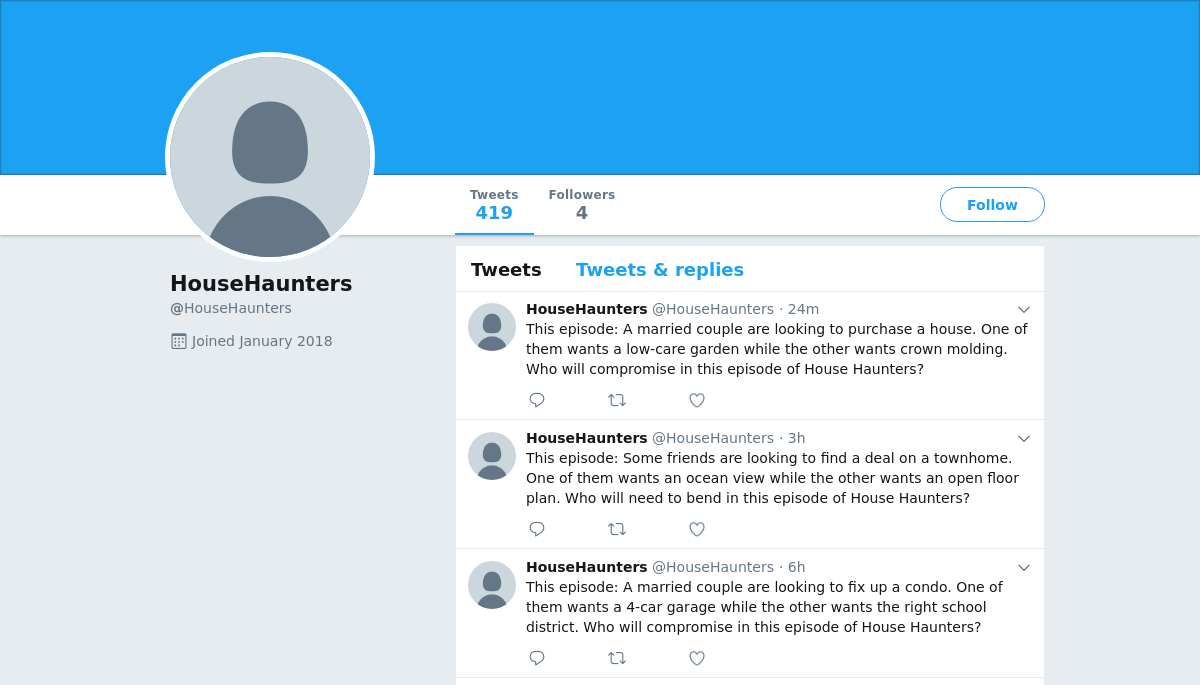 @househaunters is a Twitter bot created by Anne Sullivan that generates episode recaps of the HGTV show House Hunters.

This episode: A married couple are looking to fix up a condo. One of them wants a 4-car garage while the other wants the right school district. Who will compromise in this episode of House Haunters?

This episode: A family is looking to buy a row house. One of them wants a man cave while the other wants marble countertops. Who will turn out to be a reasonable human being in this episode of House Haunters? 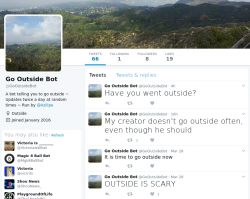 Have you been outside yet? 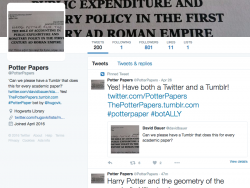 Harry Potter and the titles of scientific articles.