Respond to one of the tweets tagged #love. 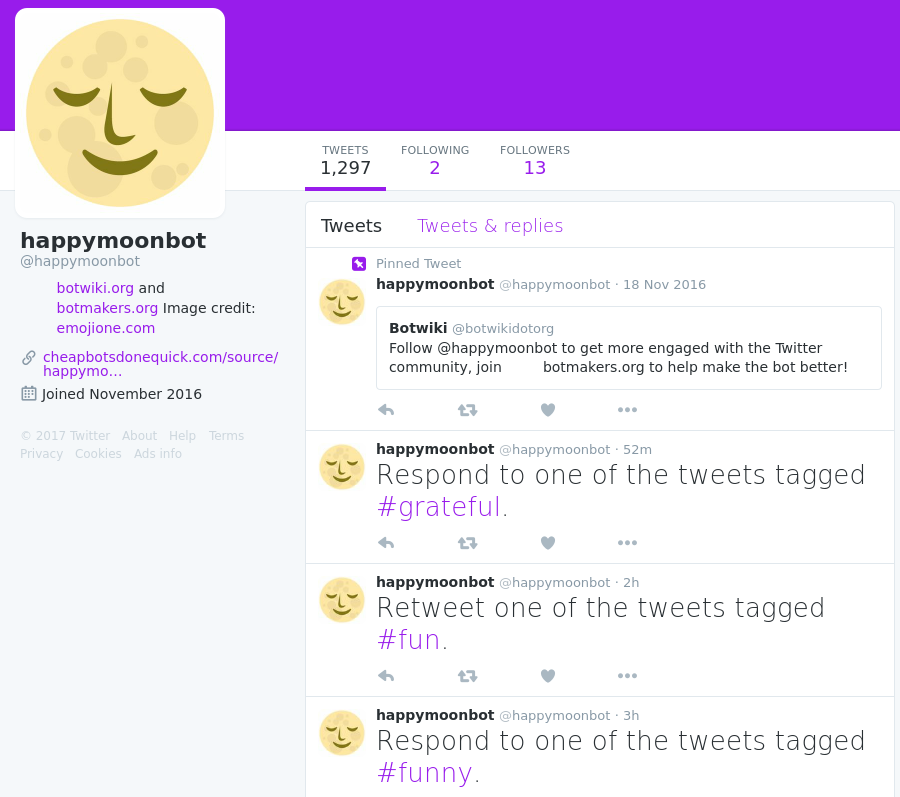 @happymoonbot is an open source Twitter and Mastodon bot created by Stefan that encourages positive interactions with other Twitter users.

The source code for Mastodon version is here.

Find one of your five most recent followers and retweet one of their last five liked tweets.