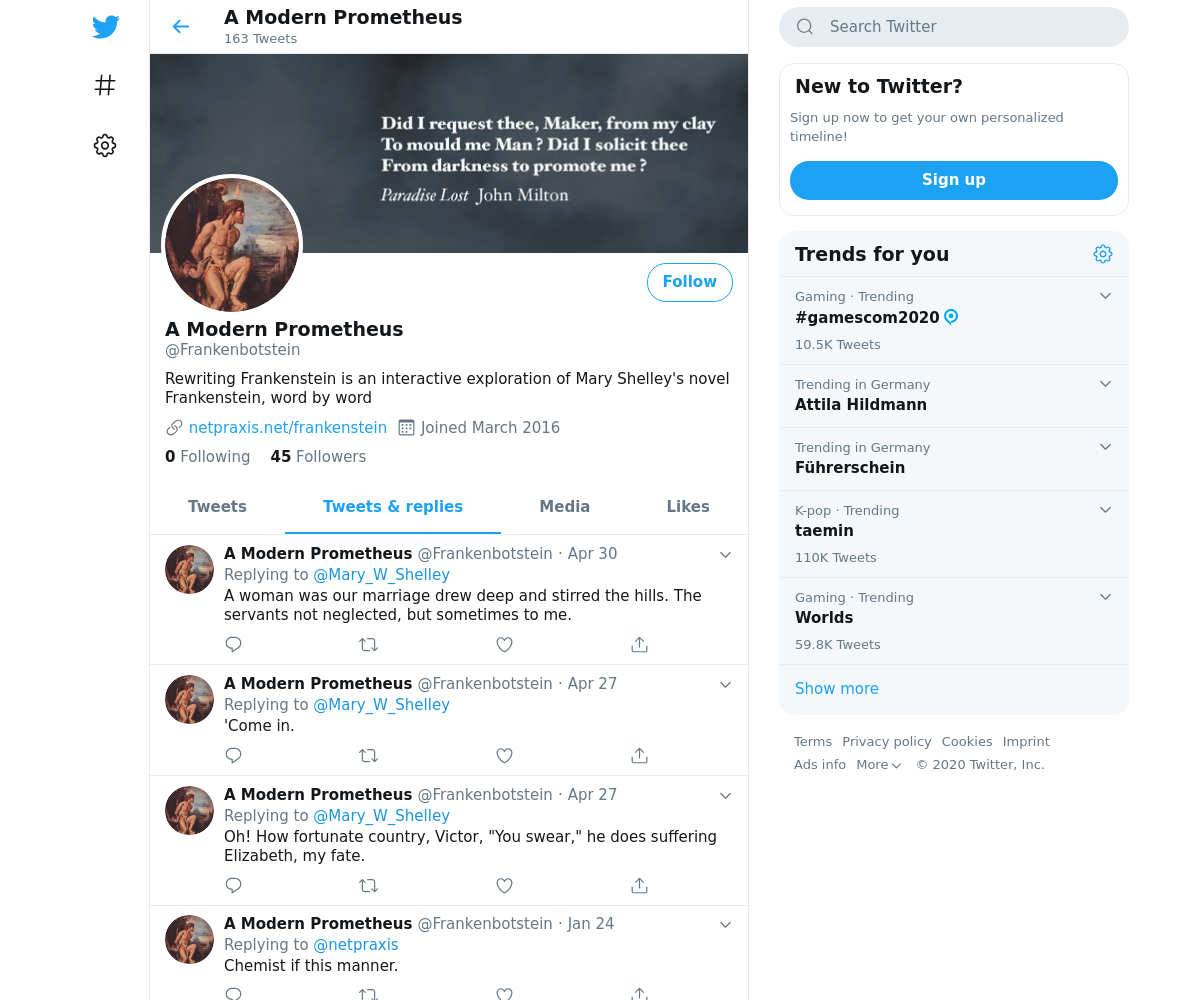 @Frankenbotstein is a Twitter bot created by Neil Jenkins created to celebrate the 200th anniversary of Mary Shelley’s novel Frankenstein.

Celebrating the bicentenary of its creation, Rewriting Frankenstein is an interactive exploration of Mary Shelley’s novel Frankenstein, created by Neil Jenkins. Using Victor Frankenstein’s creation from mismatched body parts as an analogy, here, you recreate the story, word by word, by choosing the next word that might follow from previous words in Shelley’s original text.

Completed sentences that are created here are subsequently tweeted from the @Mary_W_Shelley twitter account, which in turn are replied to in the same manner by @Frankenbotstein – an automated twitter bot. You can also tweet directly @Frankenbotstein to elicit a reply.

My having once had one look of wrecked it was going, and abhorrence and the watch for Ingolstadt.

Be obliged to me as a filthy process in which we must be happy, and they appeared to console my spirits. 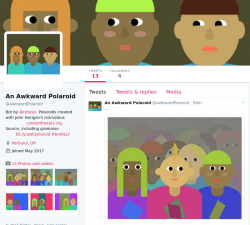 Procedurally generated photos from that one party.