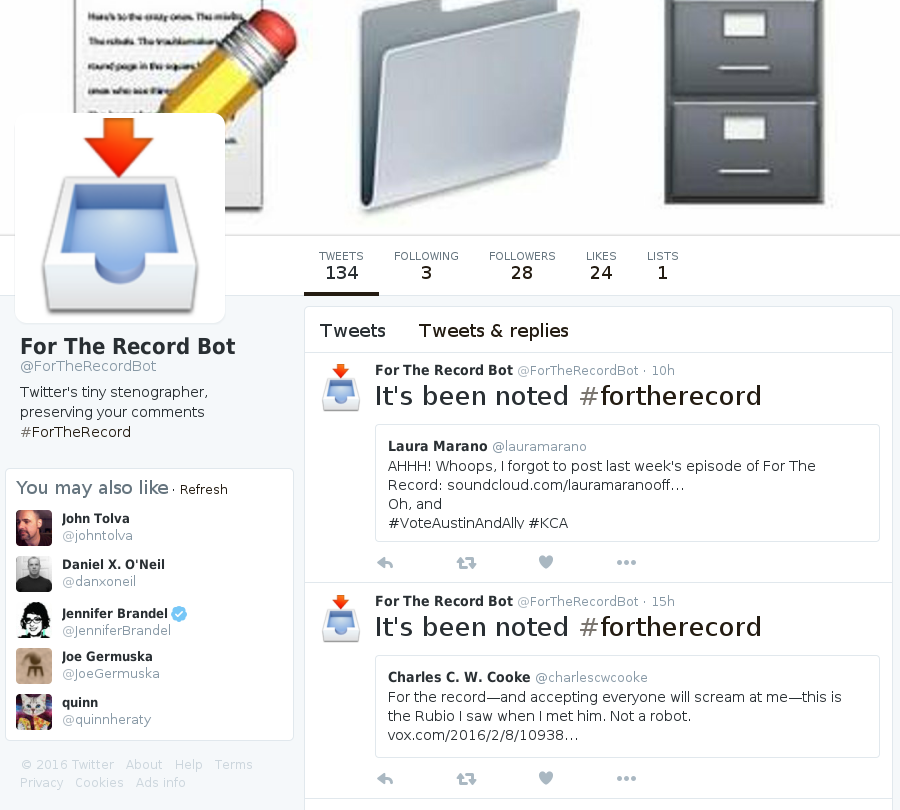 With @FortheRecordBot, when someone’s tweet uses the phrase “For the record,” the @FortheRecordBot (aka FTRbot) retweets that tweet, and adds “It’s been noted #fortherecord.”

For example, I tweeted this at 1:34am on the day the bot was made:

Then, @FortheRecordBot picked it up and retweeted it:

As you can see, some people might change their mind about being “on the record”:

So this bot can not only act as an unofficial “record” but, unintentionally
on my part, is also a reminder that Twitter is public and a kind of
“record.”

People are sometimes delighted when the bot picks up their tweet:

It's that day of the week.

Tweets that fit the haiku structure. 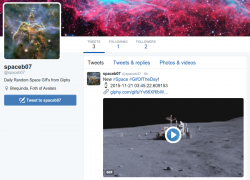 Images from astronauts curently in space and random space GIFs.