Fractal flames via a genetic algorithm. 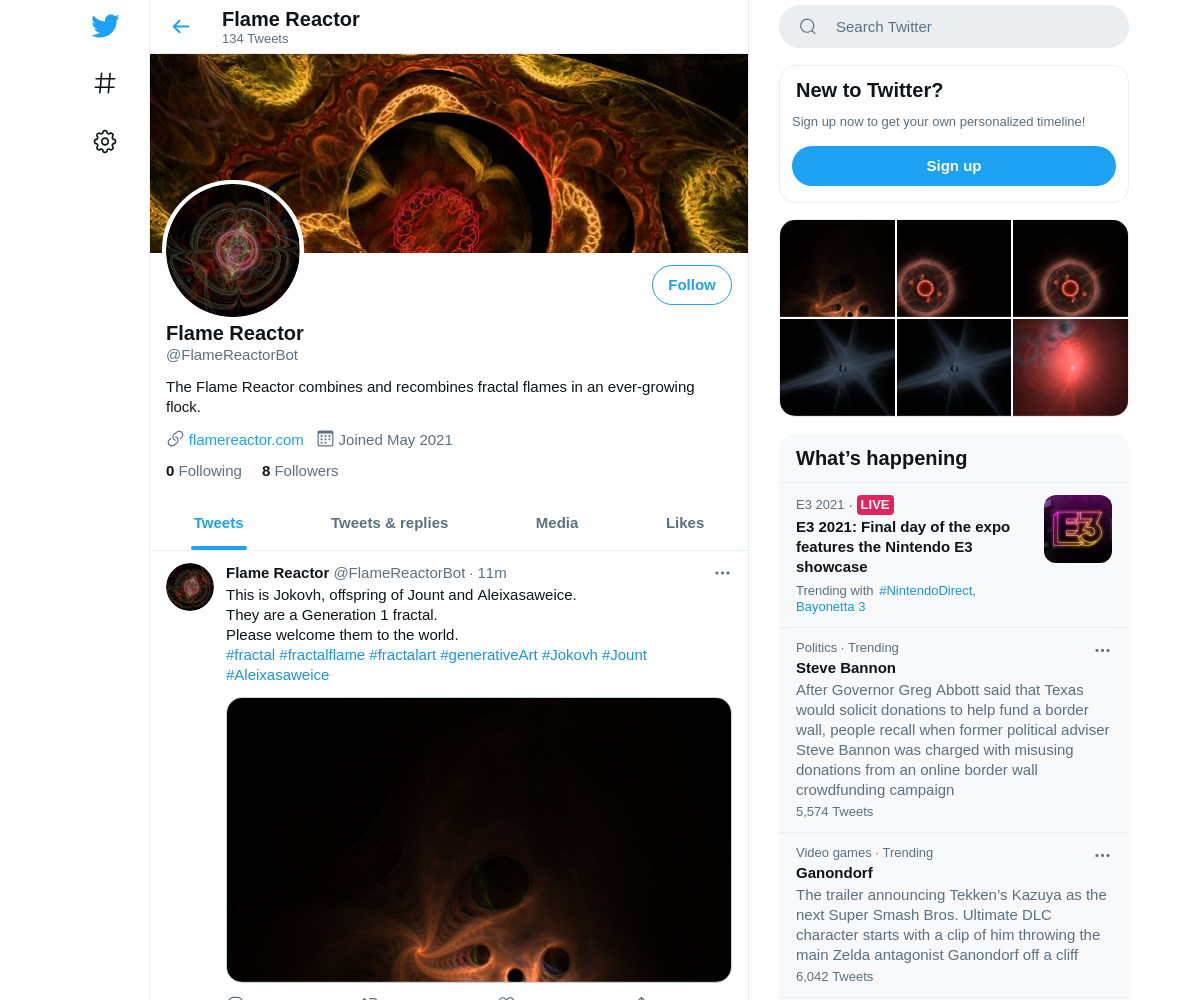 @FlameReactorBot is a Twitter bot created by Technohippie that uses a genetic algorithm to randomly breed fractal flames together, posting as images and occasionally as animated GIFs. Each new fractal adds to the gene pool, and may be used as a parent for future generations. 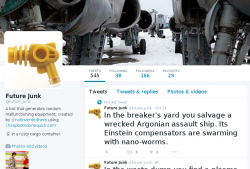 Useless junk from the future.