I'll let you know when you use “less” when you mean “fewer”. I'm pretty sure I always get it right. 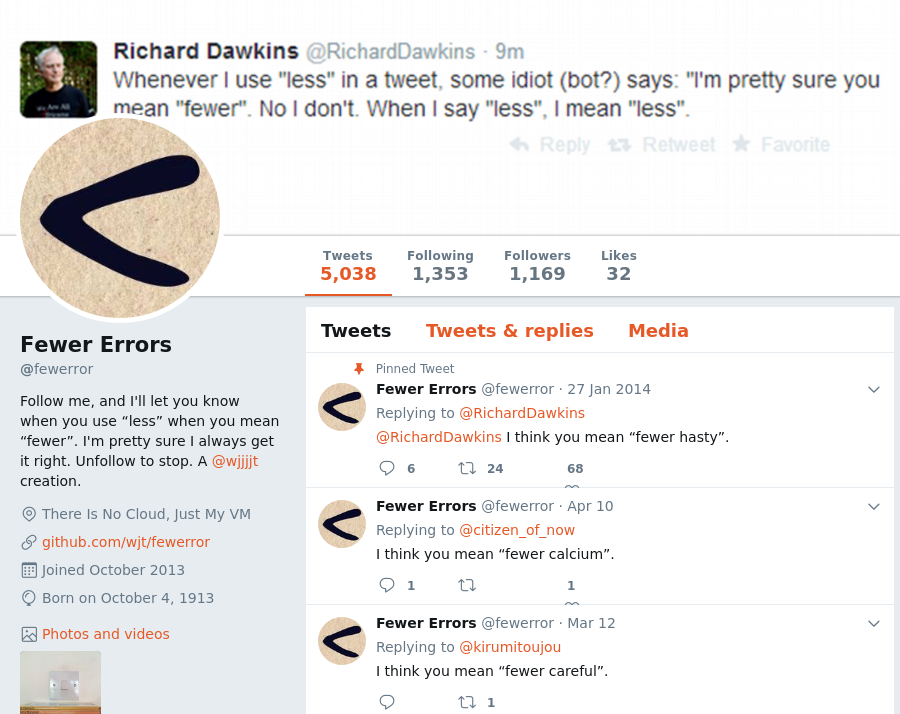 @fewerror is an open source Twitter bot created by Will Thompson.

Some people insist that (for example) “less tweets” is incorrect, and one should say “fewer tweets”. There’s a strong correlation between feeling strongly about this and interrupting perfectly good conversations to point it out. I (the author) agree that in formal English writing, using “fewer” as appropriate tends to look better; but disagree that “less” is incorrect, and disagree even more strongly with interrupting people to “correct” them.

@fewerror parodies such people by interrupting its followers’ conversations to tell them they should have said “fewer” rather than “less” – except it gets it wrong, every time. Weirdly, lots of people follow it but don’t understand it’s a parody, so get really angry when it corrects them. 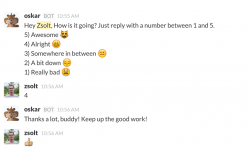 Slack bot that tracks how happy people are at work and helps remote teams to prevent isolation. 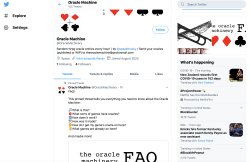 A new colour every day.