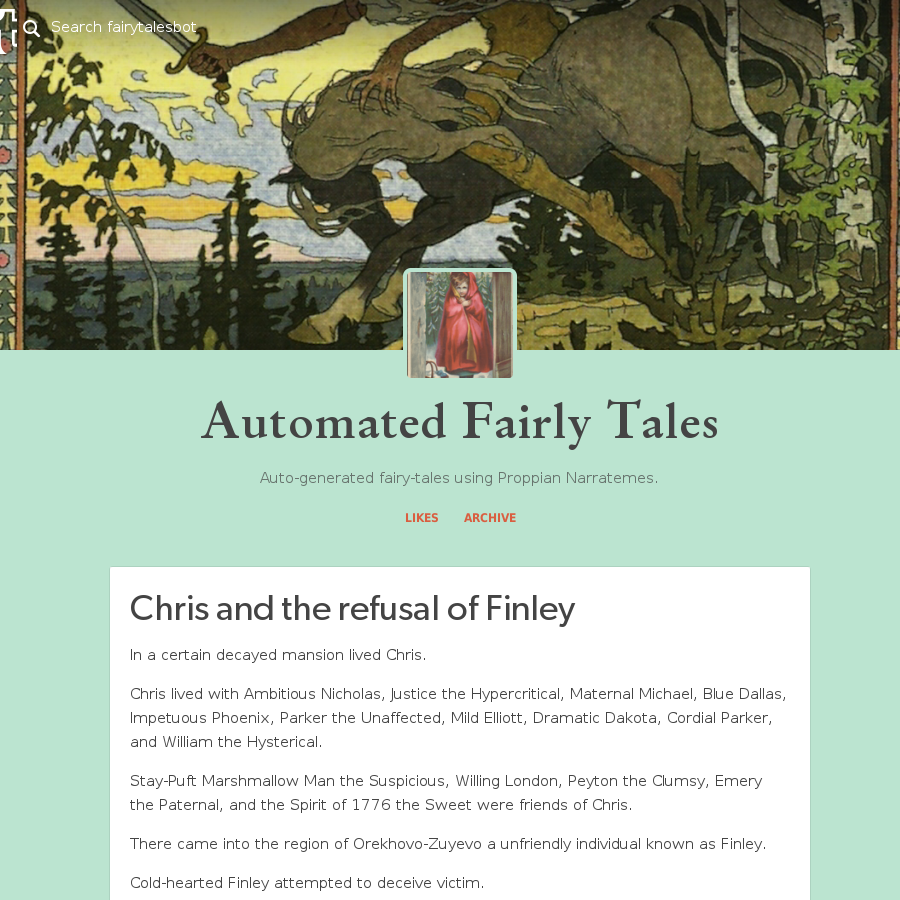 Daily posts a generated fairy tale, built from templates based on Vladimir Propp‘s Russian "wonder tales" narrative functions. It was originally written for NaNoGenMo 2014, but only wired-up to Tumblr in 2016. Writing the generator taught me that it is not the best model for generating narrative – but since it exists I hope to sand some of the rough edges off and continue to have fun.

There is also an interactive page where you can select different elements, and a brief write-up on author’s blog. 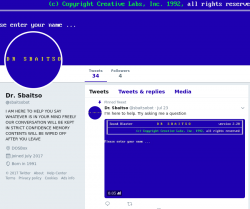 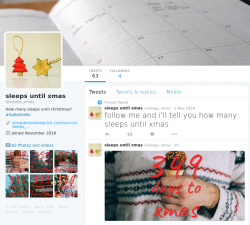 How many sleeps until Christmas? 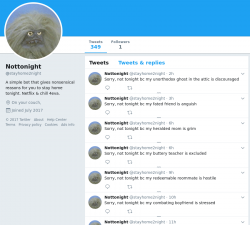 A simple bot that creates (usually non-sensical) last minute excuses to use when you no longer want to go out tonight.