Every English word that could be, but isn't. 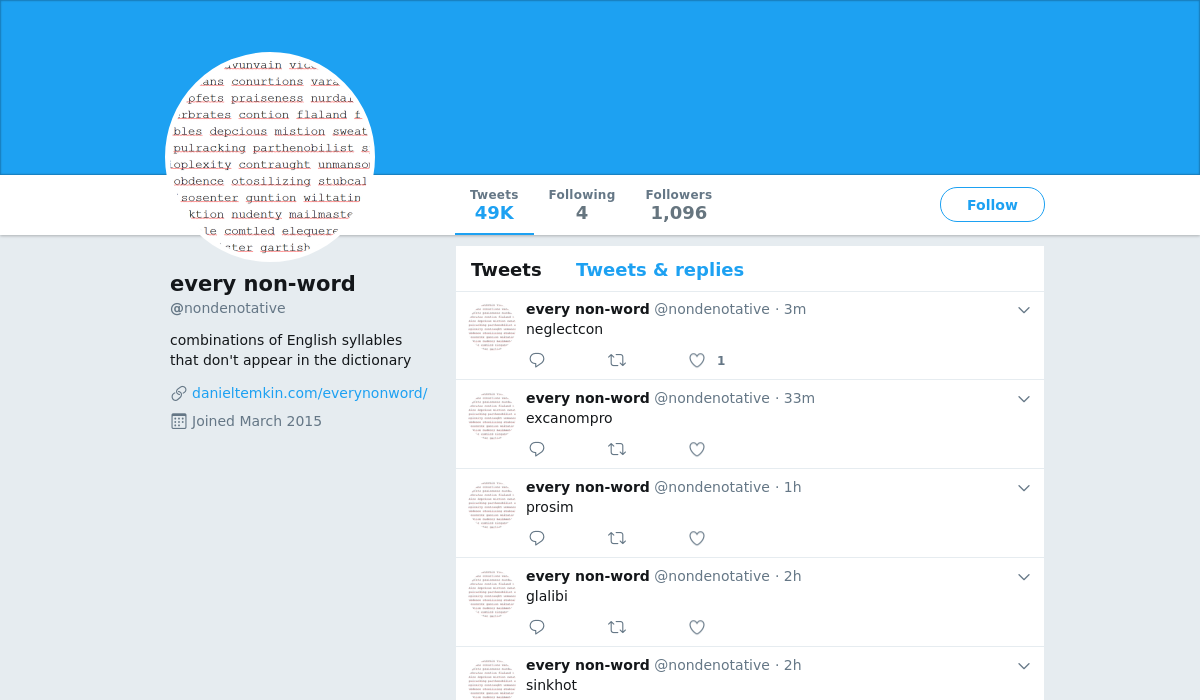 every non-word is a Twitter bot created by Daniel Temkin.

Every Non-Word attempts to exhaust all possibilities of non-existent English words. It has been running since March 2015 and was a featured project for the 2017 edition of The Wrong, at which point it had tweeted 36,000 non-words.

Each non-word is a randomized collection of syllables, first collected by running a hyphenation script against the entire English dictionary. The syllables are pulled randomly and recombined, weighted by how often they appear in English. Each resulting word is checked against a dictionary to rule out accidental real words; if it does match something there, or something previously tweeted, the bot tries again. The name is a reference to Allison Parrish’s classic @everyword Twitter bot.

Tweeting a mix of hip hop and classic literature. 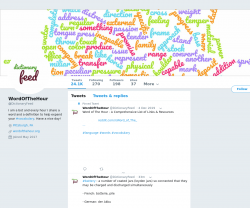 Word of The Hour

A bot that shares a vocabulary word every hour in multiple languages. 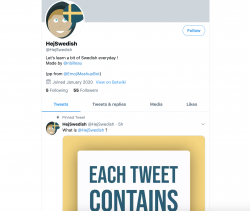 Let's learn a bit of Swedish!