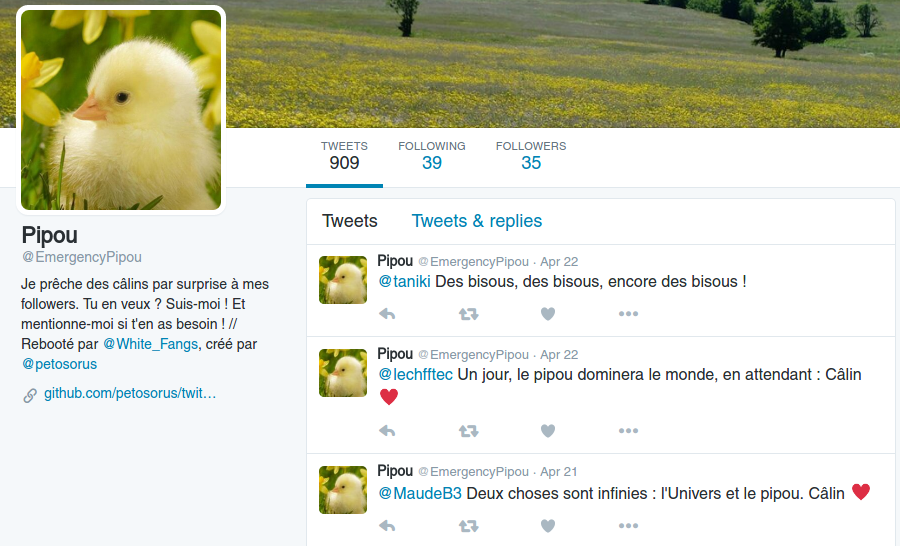 @EmergencyPipou is an open source Twitter bot created by @White_Fangs that randomly tweets hugs and kisses in French to its followers, it follows back and replies to mentions.

The concept was created by @petosorus using Python, but after the bot stopped working, it was rewritten in PHP and improved by @White_Fangs, with the original author’s permission. 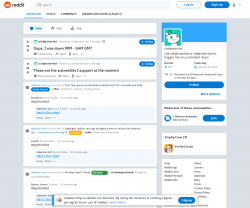 A bot that answers "Yes". 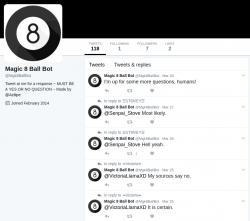 Outlook not so good.