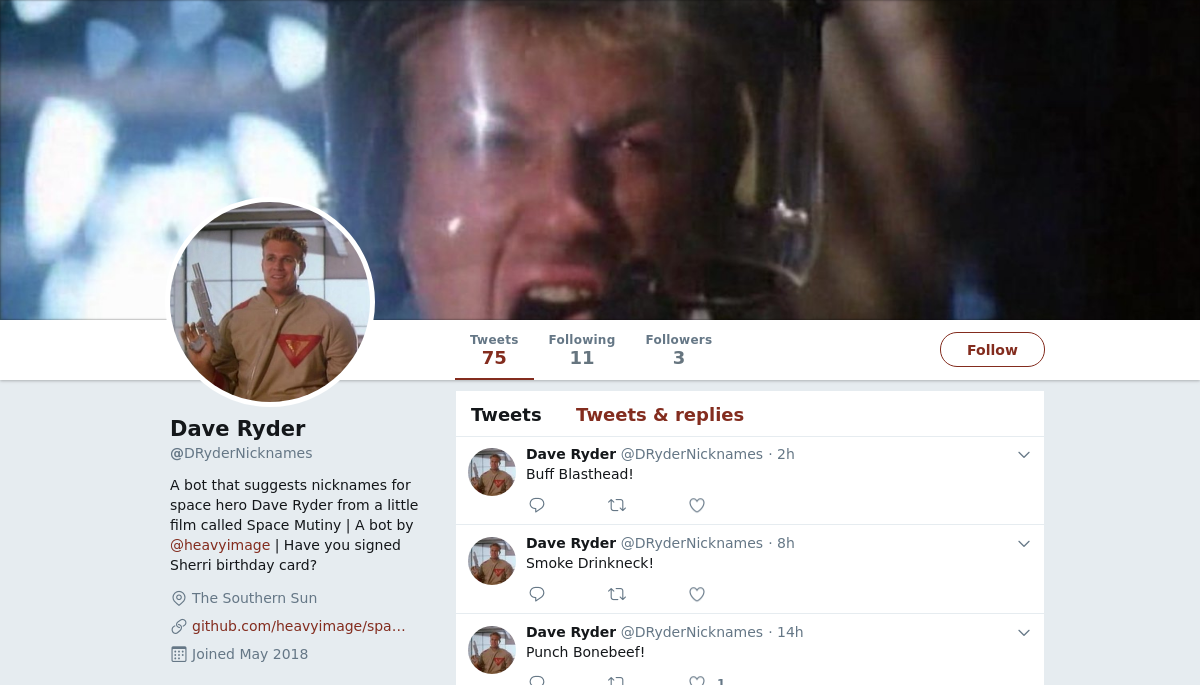 @DRyderNicknames is a Twitter bot created by Jesse Spielman that generates nicknames for Dave Ryder, protagonist of seminal MST3K episode ‘Space Mutiny’ procedurally in the style of those given to him by the crew of The Satellite Of Love.

We put our faith in Hunk McButthead!

The fascinating art of foley. Amazing. 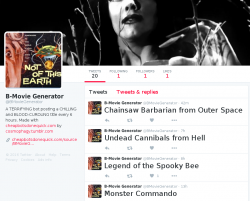 I walked with a B-movie title generator. 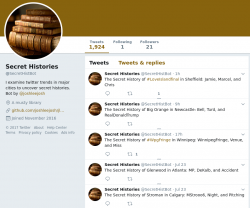 I examine trends in major cities to uncover secret histories.

"I'm the Sorting Hat and I'm here to say / I love sorting students in a major way."