DIY shows 'round the world. 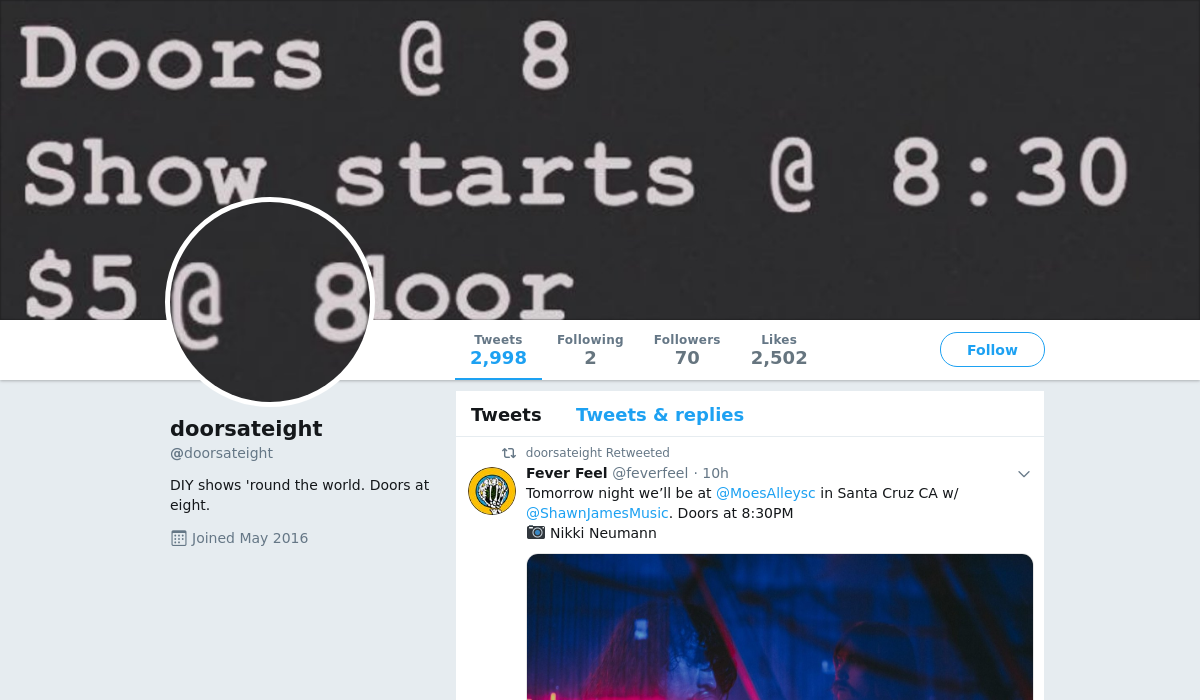 Doors at Eight is a Twitter bot created by Eve Ahearn that retweets tweets containing the phrase “doors at 8” or variations thereof, digging up up-coming, mostly DIY, music shows.

Show tonight in mpls at Seward! been a long time, playing a bunch of new songs, I feel like absolute broke ass garbage so I bet I’ll play really well, you should come. Doors at 8!! 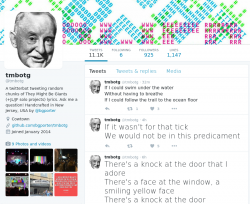 Learn the musical scales your teacher hid from you. 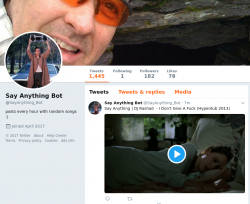