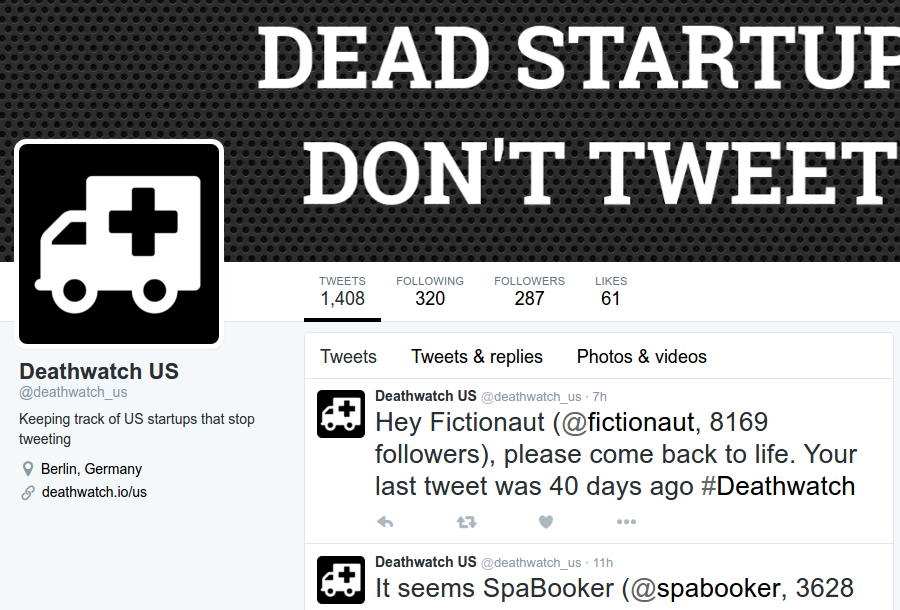 deathwatch.io is a project created by Caspar von Wrede consisting of a website and several Twitter bots (@deathwatch_us, @deathwatch_de).

The aim of the project is to “expose dead start-ups”.

[…] Caspar Wrede doesn’t think we should so easily forget the startups of Silicon Valley yesteryear. So the Berlin-based product manager built a Twitter bot called Deathwatch that monitors the health of tech start-ups. Companies that haven’t tweeted for 40 days are declared “unwell.” Those that have been inactive for 180 days or more are officially pronounced dead.

You can read more about the bot on fusion.net. 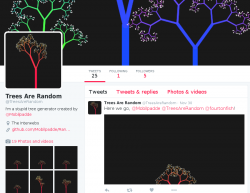 Ever wanted your own tree? 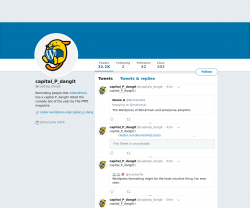 The capital P is important. 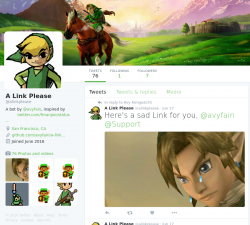 Ask for a link, get a link. 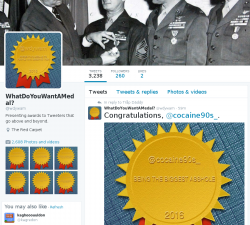 Presenting awards to Tweeters that go above and beyond.