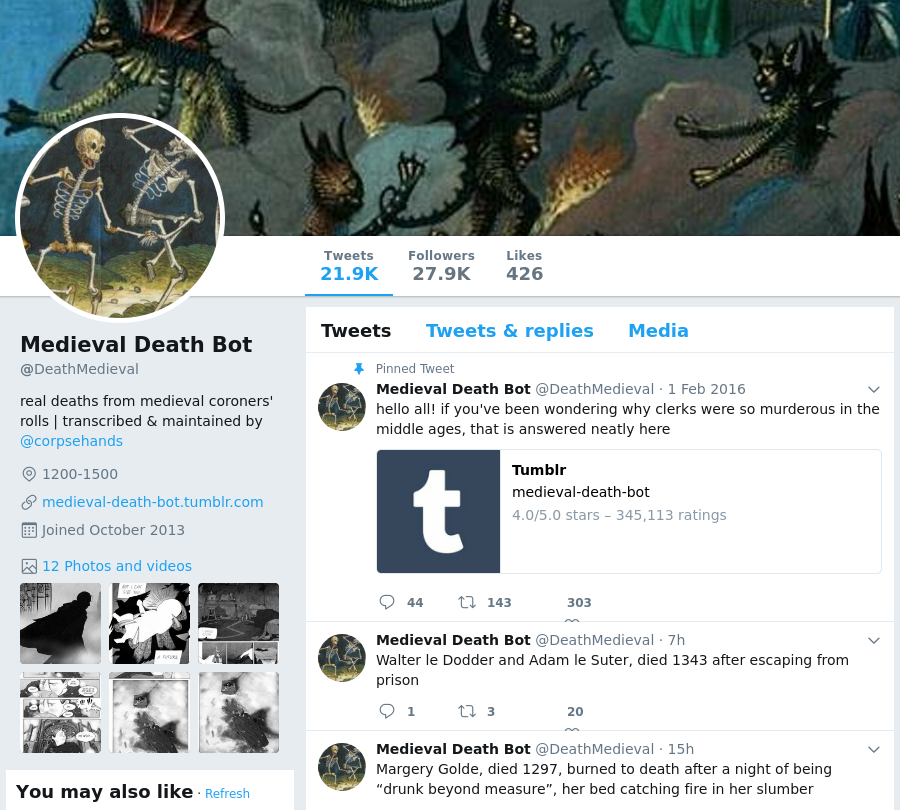 @DeathMedieval is a Twitter bot created by Soren Häxan that tweets causes of death from old medieval books.

Thomas Lynet, died 1321 after stirring up conflict between two clerks and was thus shot with an arrow 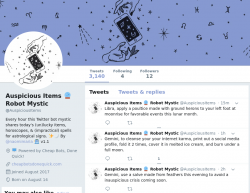 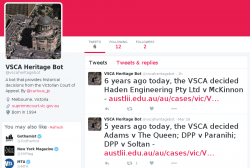