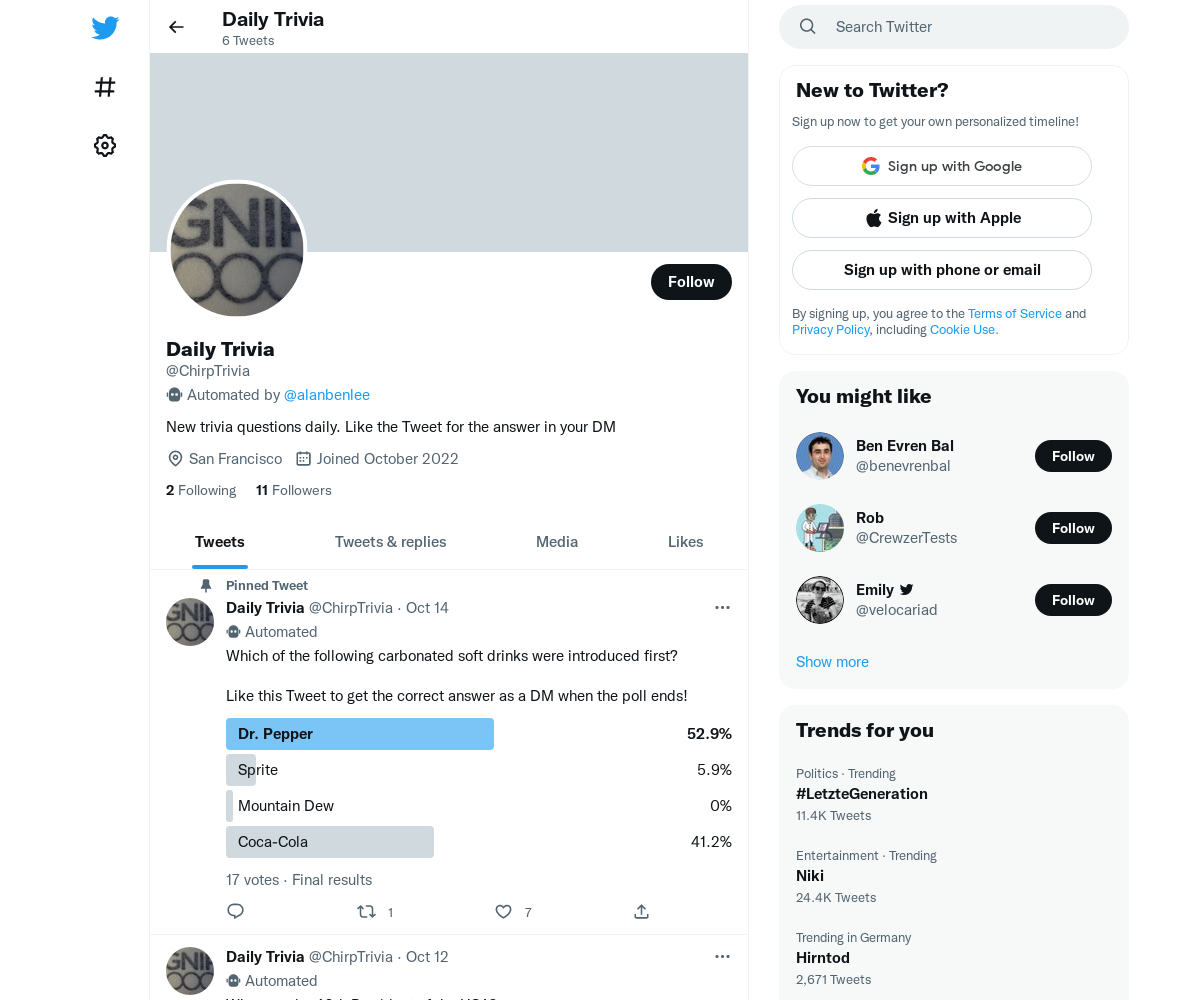 Daily Trivia is a Twitter bot created by Alan Lee, Jim Moffitt, and Suhem Parack that tweets daily trivia questions in the form of a Twitter poll. You can like a Tweet for the answer to the poll to be sent to you privately.

Which product did Nokia, the telecommunications company, originally sell?

Which of the following carbonated soft drinks were introduced first? 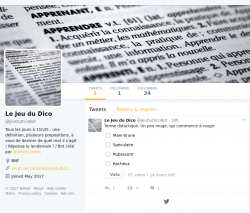 The fascinating art of foley. Amazing.

Vote for your favorite thing in every Corpora listing!