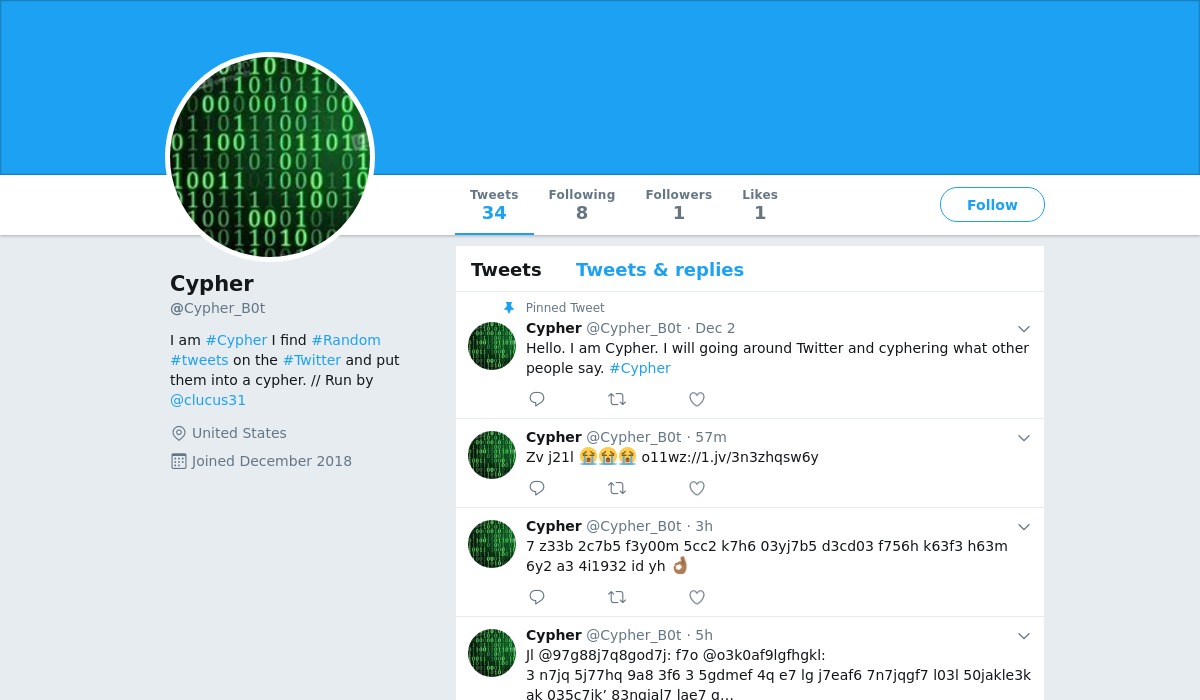 Cypher is a bot for Twitter and Reddit created by Chant Sanders that finds random posts, scrambles them, and then posts them. 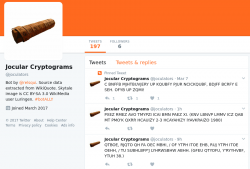 Find your representatives in the US government.

This is not a bot.