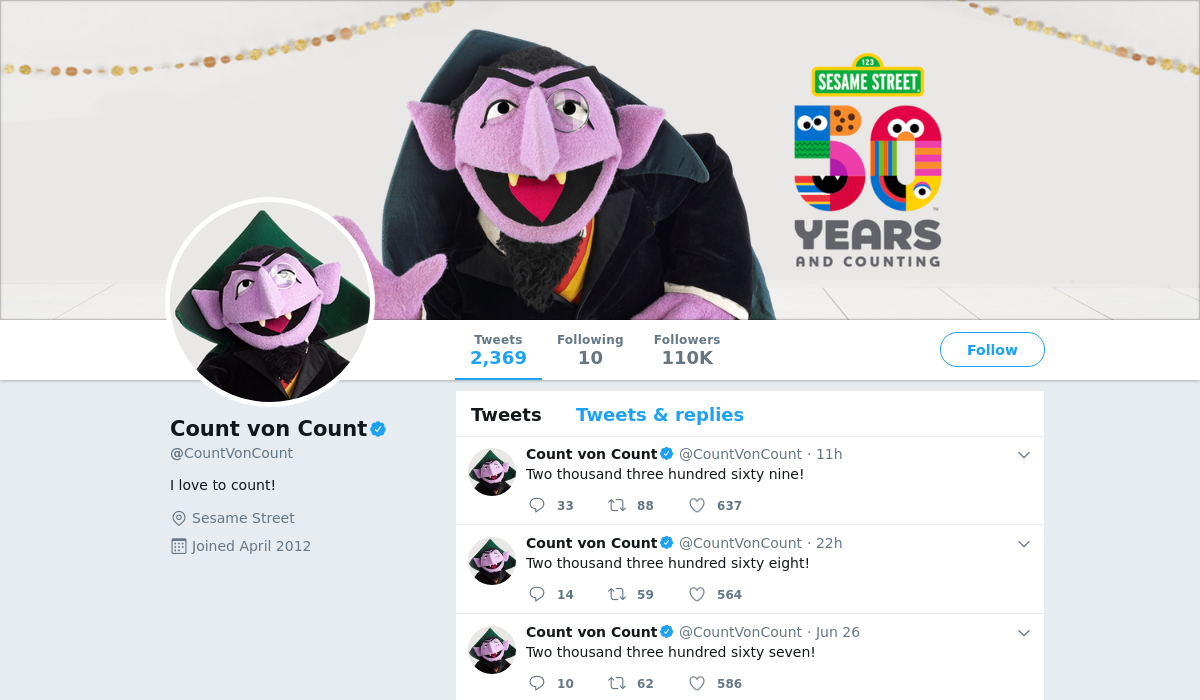 A dynamic and vaguely mathematical text-sculpture made entirely out of retweets.

Your favorite movies made better.

Art, games, and other bot-inspired tributes.