It'll take Chernobyl 3,000 years to be safe again. Follow to get updated on its progress! 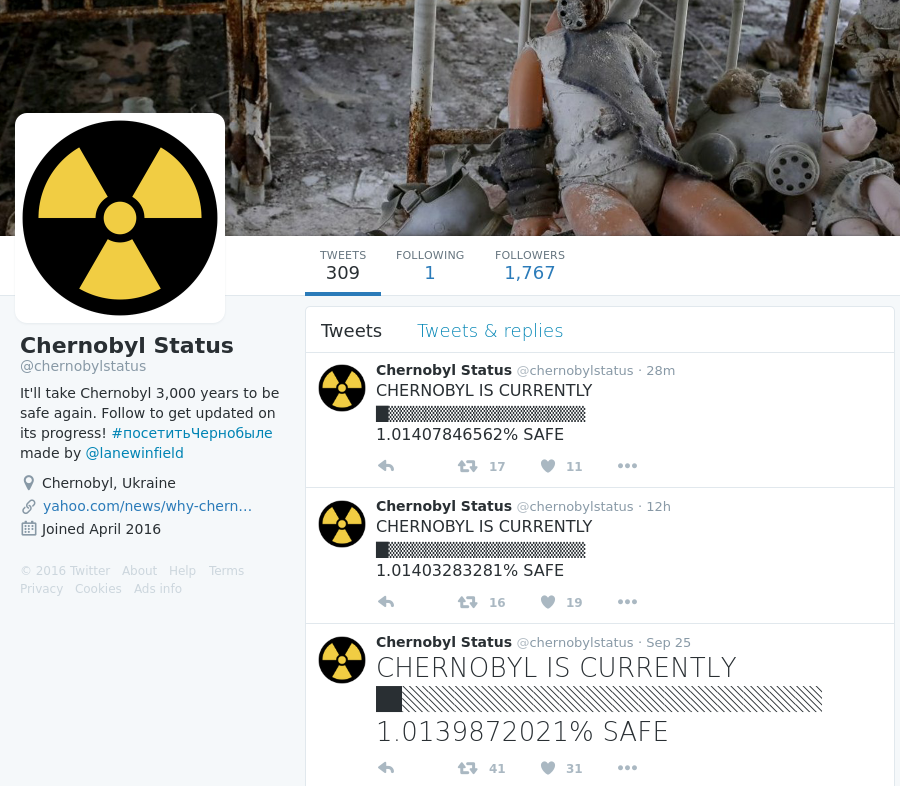 The Chernobyl disaster, also referred to as the Chernobyl accident or simply Chernobyl, was a catastrophic nuclear accident that occurred on 26 April 1986 at the Chernobyl Nuclear Power Plant in the city of Pripyat, then located in the Ukrainian Soviet Socialist Republic of the Soviet Union (USSR). An explosion and fire released large quantities of radioactive particles into the atmosphere, which spread over much of the western USSR and Europe.

@chernobylstatus is a Twitter bot created by Brian Moore that periodically tweets how safe Chernobyl currently is, according to estimates of needing 3,000 years to recover. 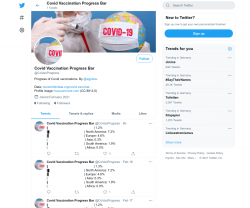 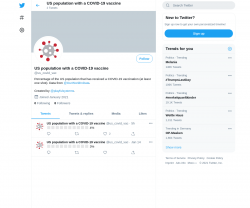 US population with a COVID-19 vaccination 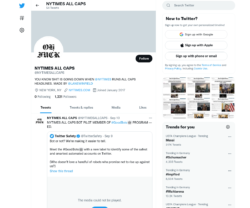 YOU KNOW SHIT IS GOING DOWN WHEN @NYTIMES RUNS ALL CAPS HEADLINES.