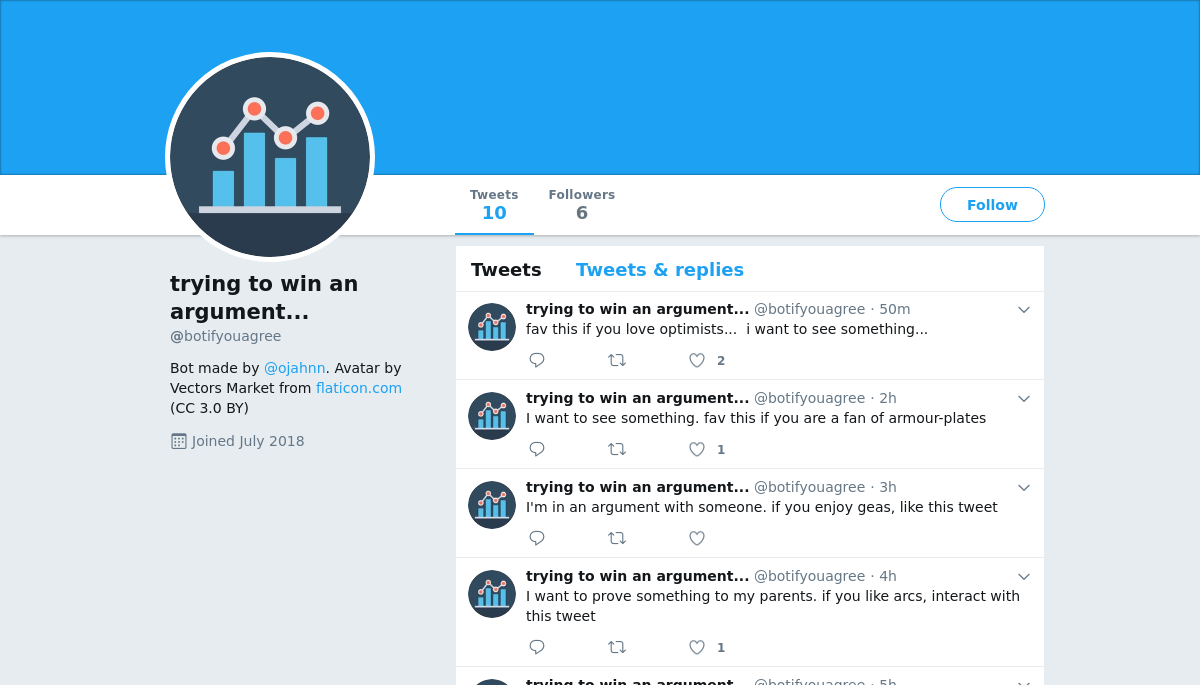 @botifyouagree is a Twitter bot created by @ojahnn that parodies tweets in which someone asks for “free” likes or retweets.

I'm in an argument with someone. RT this if you like cornflakes

A silly dress up bot that makes random girl friends.