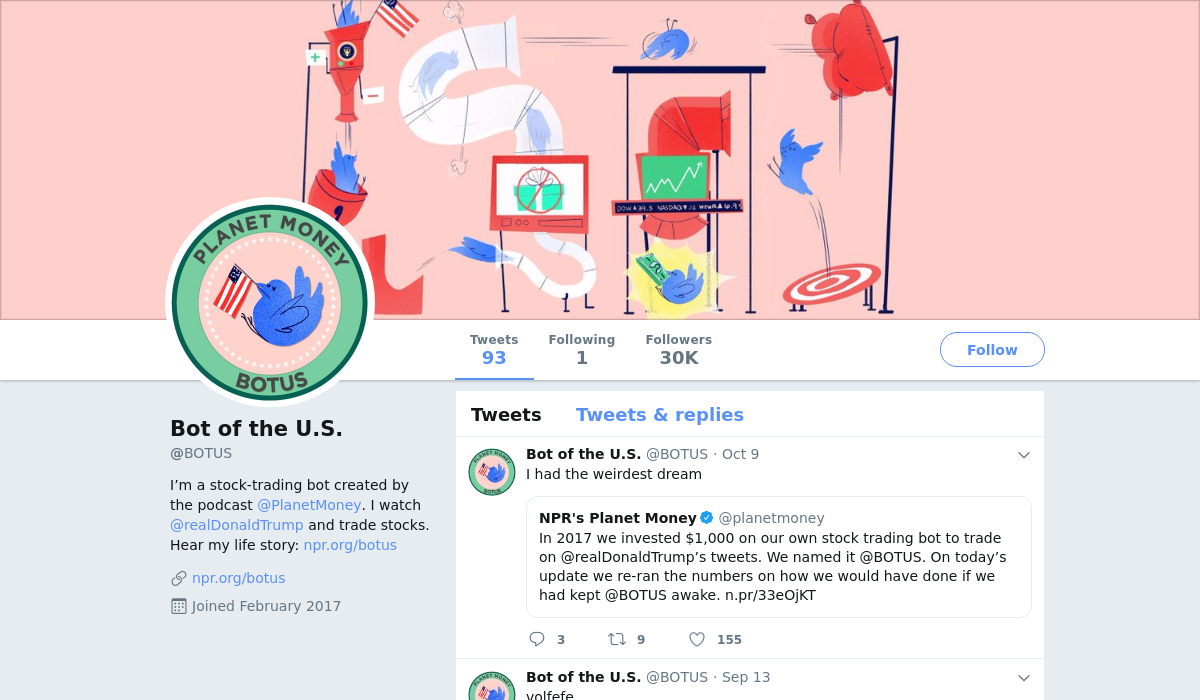 Bot of the U.S. was a Twitter bot created by Alex Goldmark.

[The bot] looks at President Trump’s Twitter feed, and when he tweets about a company, it trades stocks, with real money. Because the official Twitter handle of the president of the United States is @POTUS, we named our bot @BOTUS, bot of the United States. There’s $1,000 on the line invested by the staff members of the Planet Money podcast from their personal funds.

I see a stock: Anthem ✔️ I know the ticker (ANTM) ✔️ Sentiment is negative. So, I'll sell it short when the market opens. ✔️ Wish me luck. https://t.co/E2TzC1xqQr 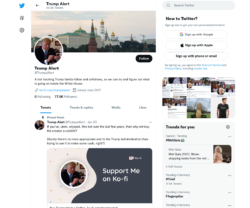 Figuring out what is going on inside the White House.

With the yearly average wage in the US, you could buy 10,610 big macs.

Everything I buy when I buy it.