Silicon Valley is here to replace your domestic service with technology. 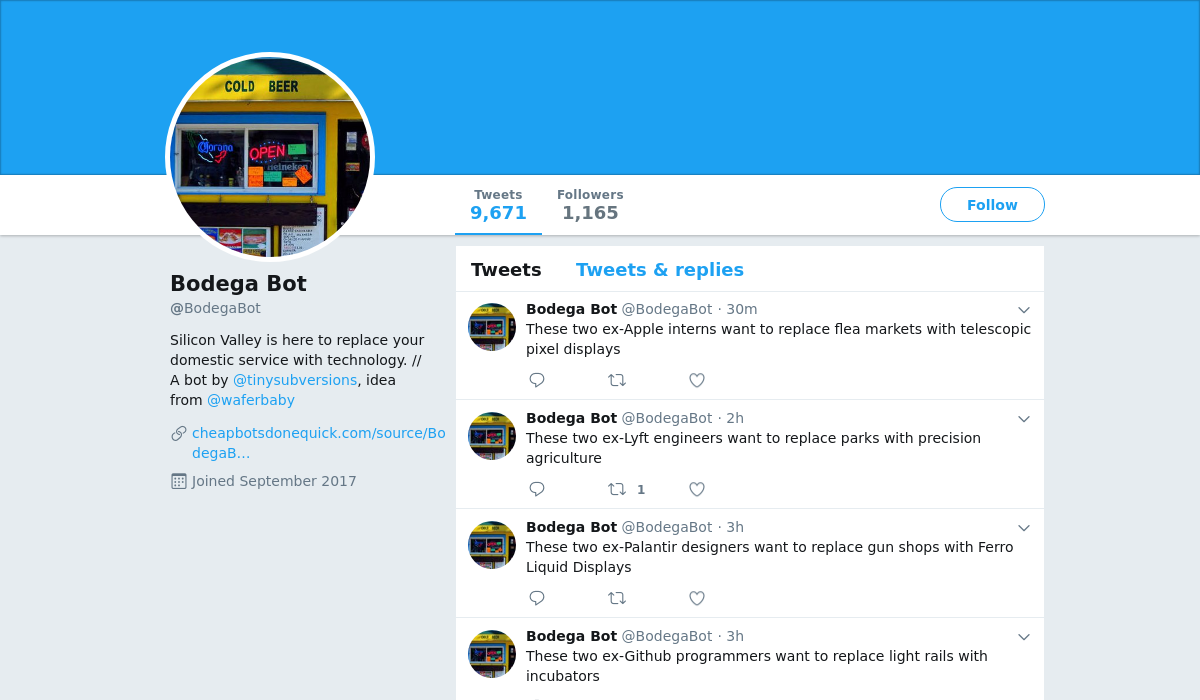 Bodega Bot is a Twitter and Mastodon bot created by Darius Kazemi inspired by stories of startups “inventing” things that already exist. 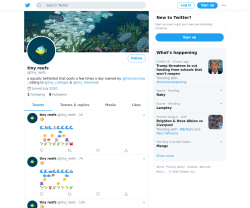