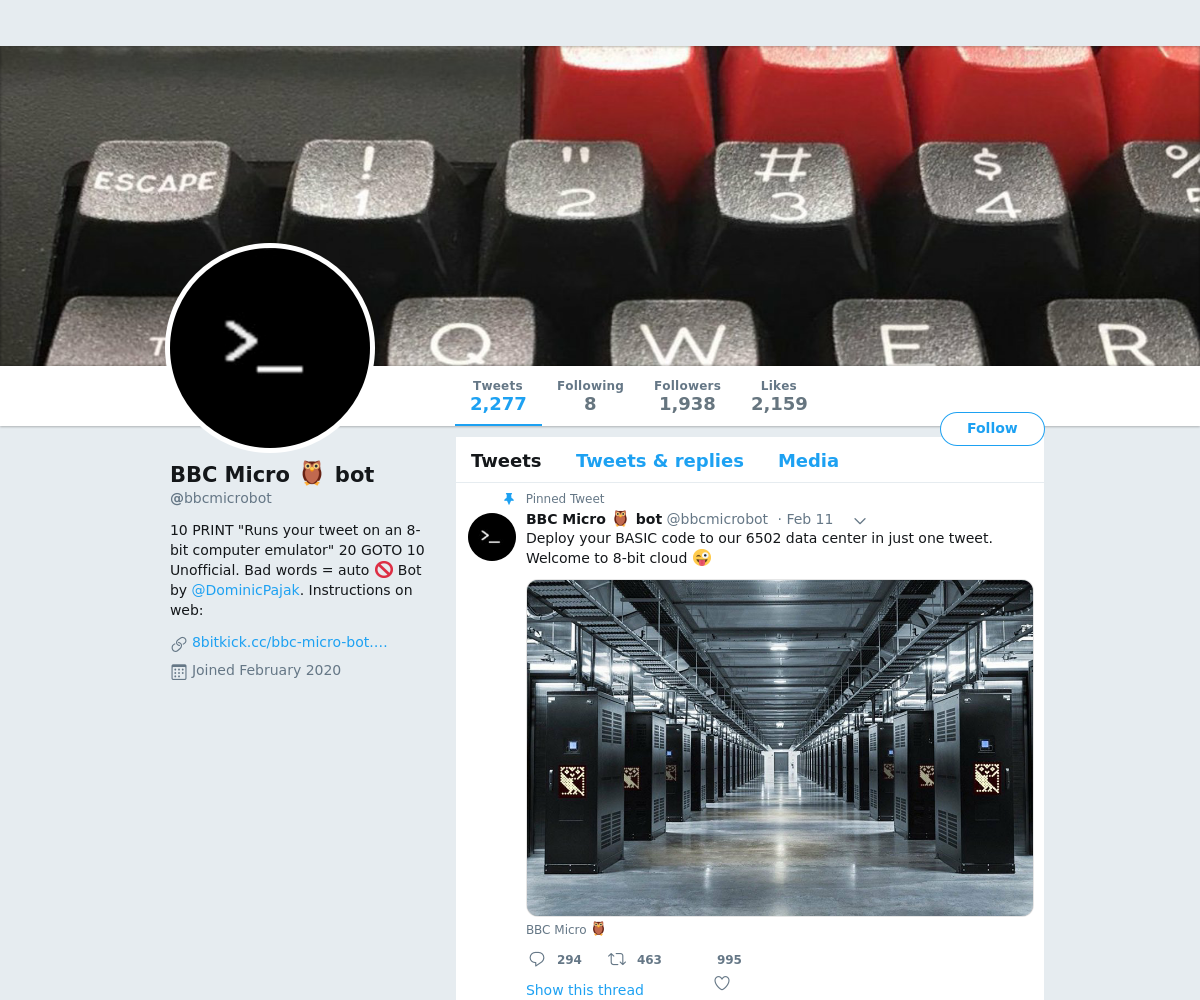 BBC Micro Bot is a Twitter bot created by Dominic Pajak that uses Matt Godbolt’s JSbeeb BBC Micro emulator to create animated GIFs of BBC Micro commands from tweets in which the bot is mentioned.

You can learn more about the bot at 8bitkick.cc.

A bot that tries to remind us that we have a long way to go for equal representation in movies. 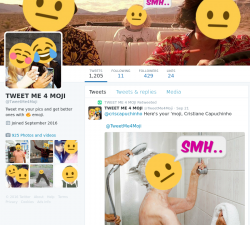 Tweet me your pics and get better ones with ? emoji.

Vox Media through the lens of Netscape Navigator 3.04 running on MacOS 7.5.3.