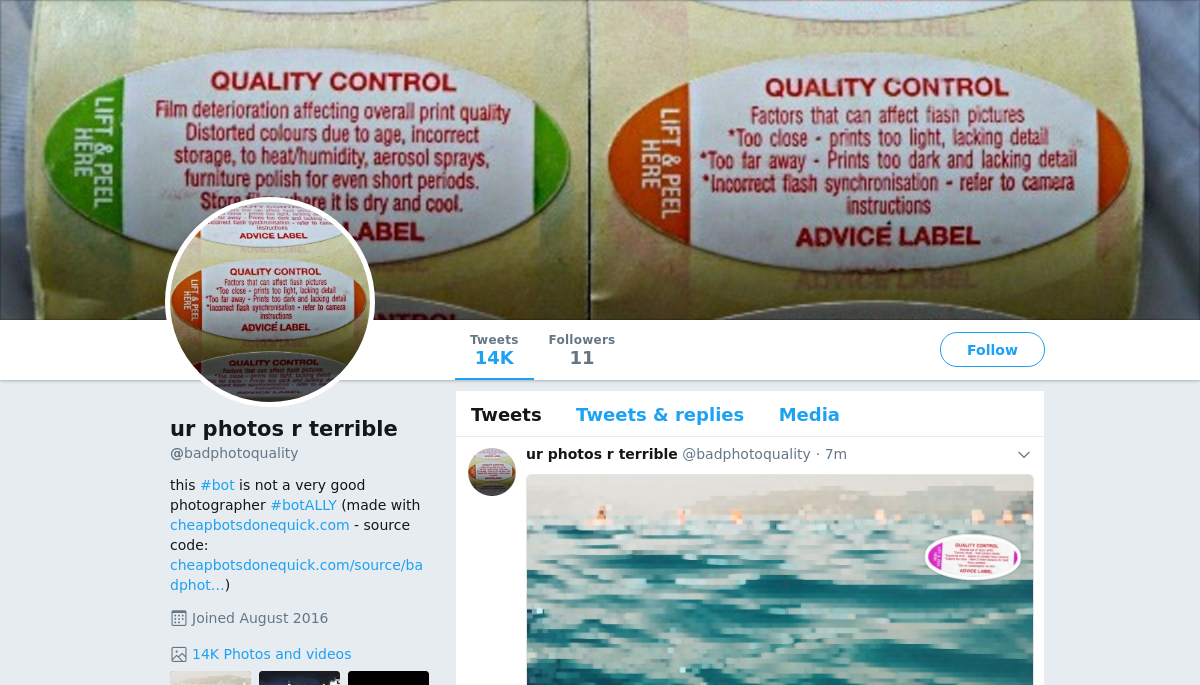 @badphotoquality is a Twitter bot created by Derek Ahmedzai.

Remember in the old days when you had to get photos developed, and if it was blurry or out of focus then they’d put a “poor quality” sticker on it?

This bot tries to emulate that by loading random stock photos and make them look bad.

It has a couple of simple but effective ways of making the photos look bad – posterise and pixelate.

The pixellation is actually pretty cool, it’s half way between pixelate and bokeh. 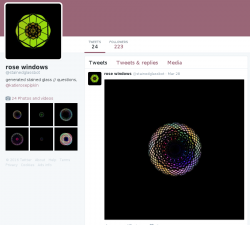 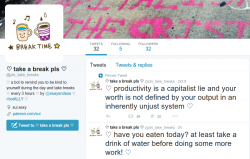 A bot to remind you to be kind to yourself.