Profiles of public opinion, one American voter at a time. 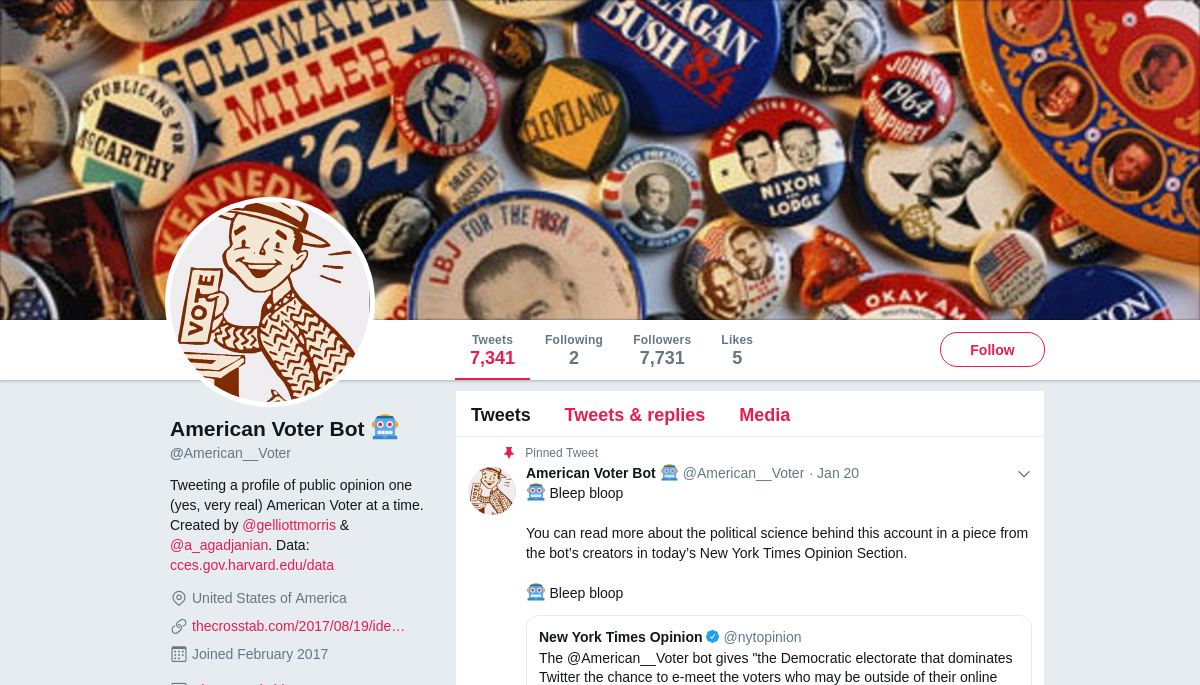 American Voter Bot is a Twitter bot created by G. Elliott Morris and Alexander Agadjanian that

We can learn a lot about the current state of US politics by simply analyzing the oft-unpredictable attitudes of American voters. Our bot makes that clear, every hour on the hour until it runs out of people who took the survey.

You can learn more about the bot on one of the authors’ blog and in a New York Times Opinion article. 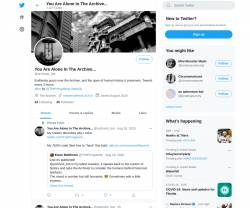 You Are Alone In The Archive...

Endlessly pouring over the Archive, and the span of human history it preserves.

Every US census district.