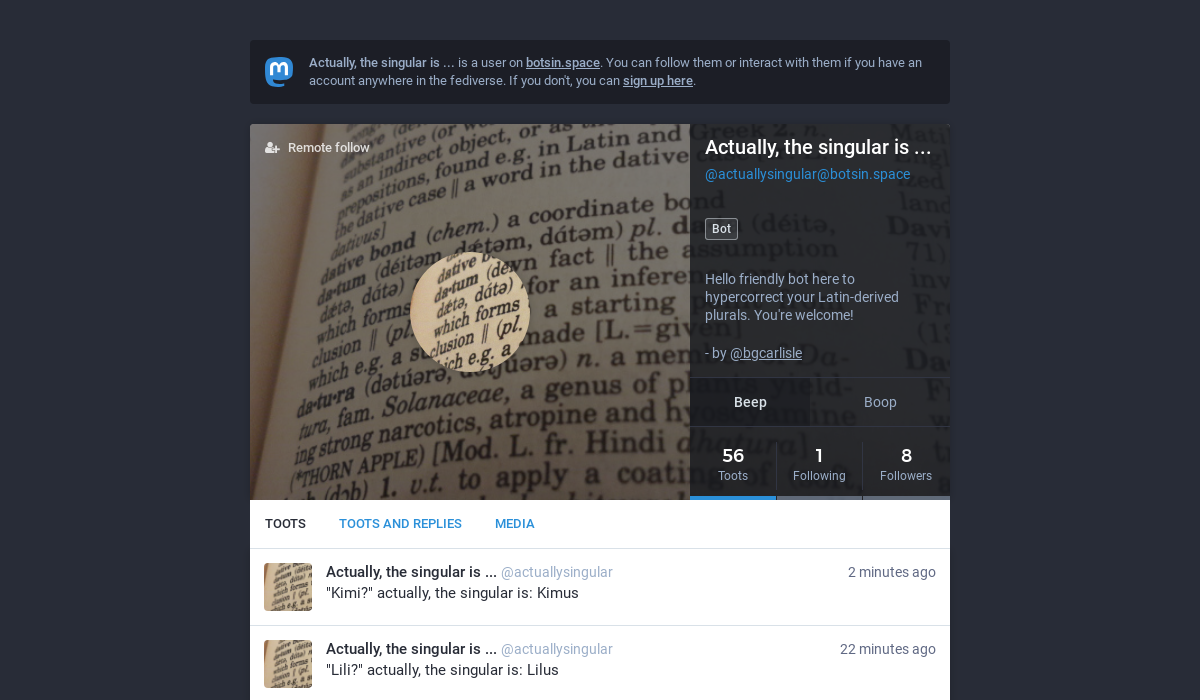 @actuallysingular@botsin.space is a Mastodon bot created by The research fairy.

It takes all the posts currently visible to the bot on its Public Timeline, strips out the HTML formatting, makes a list of all the words that are alphabetic and end in -i or -a (so “plaza” would make it in, but “@plaza” wouldn’t) and then posts (for example): “plaza?” actually the singular is: plazum (if it had ended with an -i, it would have changed the ending to -us).

Then it adds the original word to a list of words not to post again and a cron job makes it repeat every 10 mins.

I had this idea a while back, but I got stuck on the idea that I’d need a pre-made dictionary of words that end in -i or -a. Then it occurred to me that I could just populate that list on the fly from the bot’s perspective on the Timeline. That also has the added benefit that there’s the possibility that the words it chooses may be topical, and not just random.

For more details about the bot, see the author’s website.

Throw your line into the vast seas. Who knows what you'll find?