A dynamic and vaguely mathematical text-sculpture made entirely out of retweets. 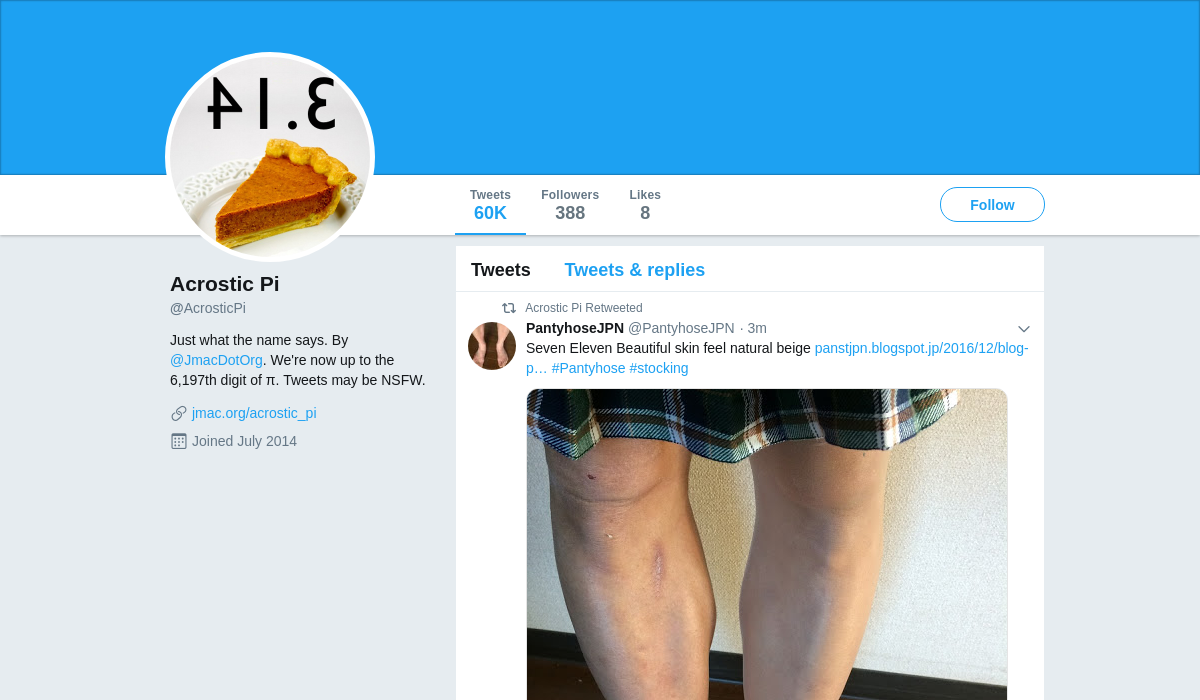 Acrostic Pi is a Twitter bot created by Jason McIntosh.

This bot recites the digits of π (including the decimal point) as a word-level acrostic built entirely from retweets.

That is, for any given run, it will first find and retweet a tweet — and it could be anyone’s tweet — that starts with the word “Three”. Then it will post a retweet that begins with “Point”. Then “One”, and so on.

@AcrosticPi attempts to post two digits per hour. After every post it updates its own bio to keep track of its progress, as well.

The result is… well, go have a look.

You can learn more about the bot on author’s website. 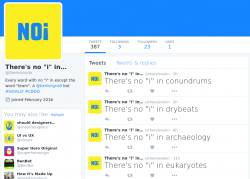 There's no "i" in team. There's also no "i" in thousands of other words. 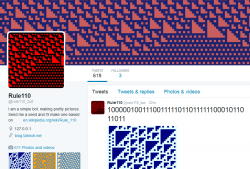