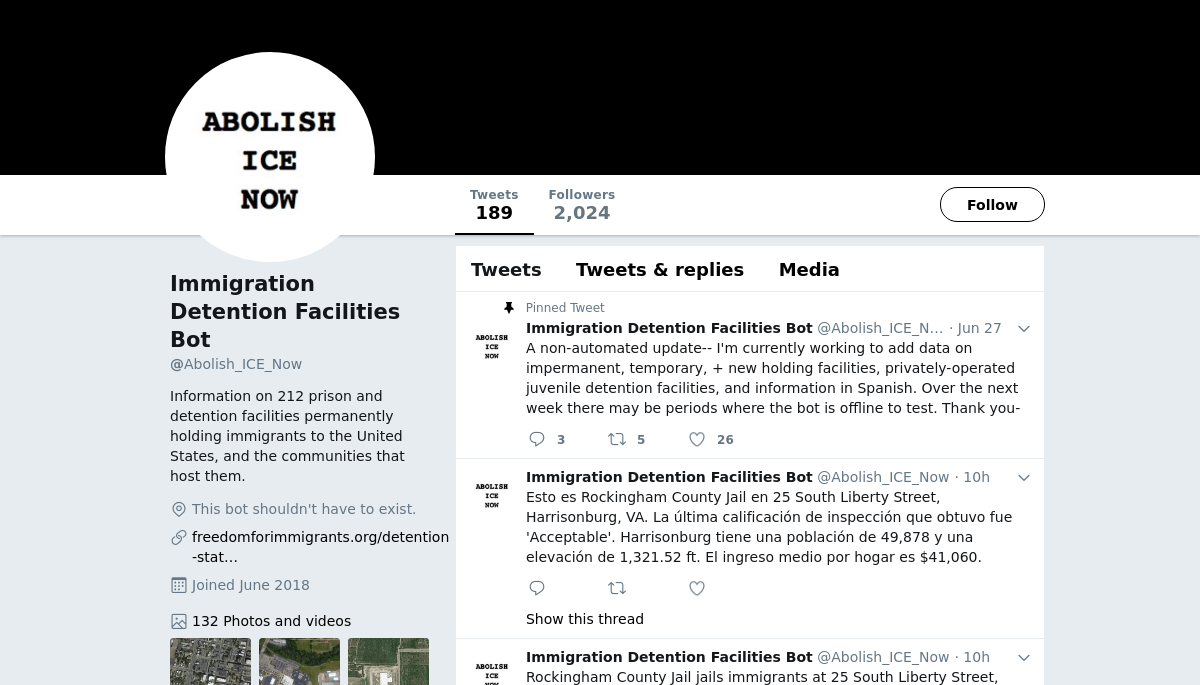 @Abolish_ICE_Now is a Twitter bot created by @everestpipkin that tweets information on 212 prison and detention facilities permanently holding immigrants to the United States, and the communities that host them.

This is Monroe County Detention-dorm. It holds immigrants in detention. It is at 7000 East Dunbar Road, Monroe, MI. Its last inspection rating was Acceptable. Monroe has a population of 20,631 and an elevation of 585.30 ft. Median household income in Monroe is $44,481. pic.twitter.com/8x2TsxPZ4G

This is Pine Prairie Correctional Center. It holds immigrants in detention. It is at 1133 Hampton Dupre Road, Pine Prairie, LA. Its last inspection rating was Meets Standard. The non-jailed population of the neighborhood is served by Pine Prairie Vol Fire Dept. pic.twitter.com/Wo9KNyRqJ5

Tweets only the parenthesized parts of Trump's tweets. 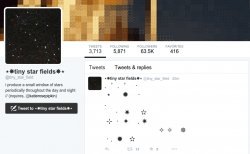 A small window of stars.

Official statements from the Trumpster Fire in Chief of the United States of America.