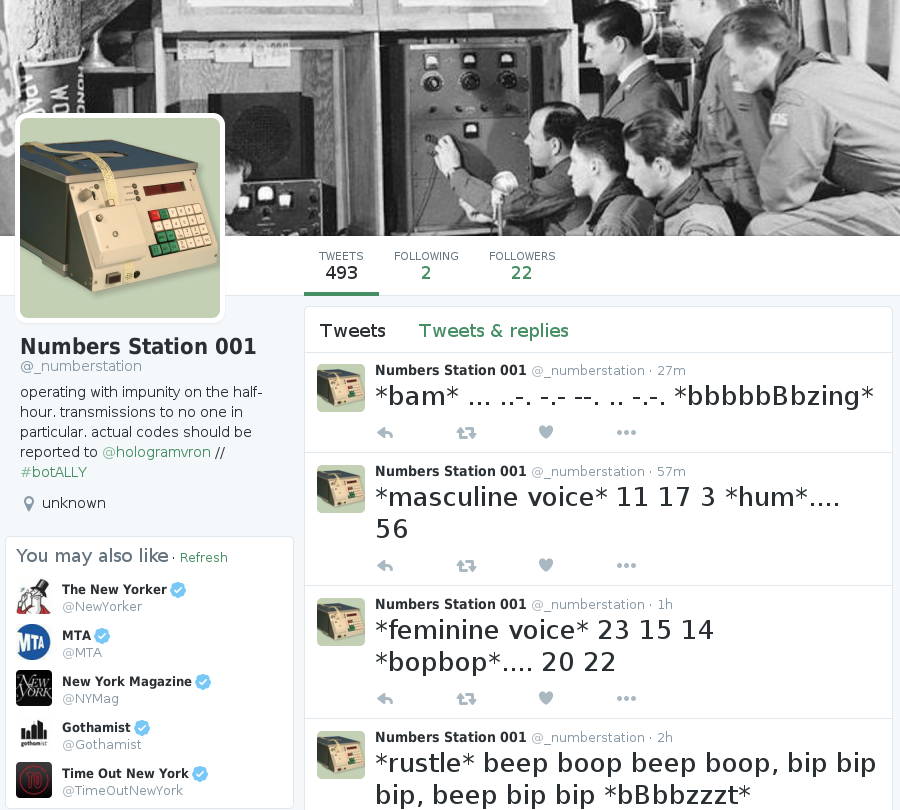 @_numberstation is a Twitter bot created by V. Tanner:

It tweets out “transmissions” based off exactly the same formula as real Numbers Stations would have used.

What makes this bot fascinating, is that sometimes actual secret messages are hidden in these tweets, but they are very rarely generated out. 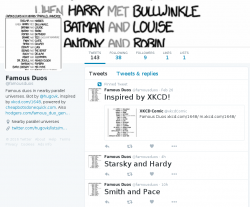 Famous duos in nearby parallel universes 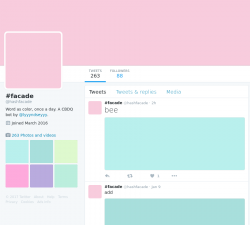 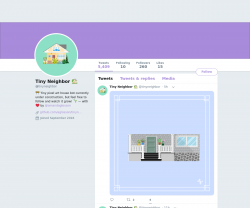